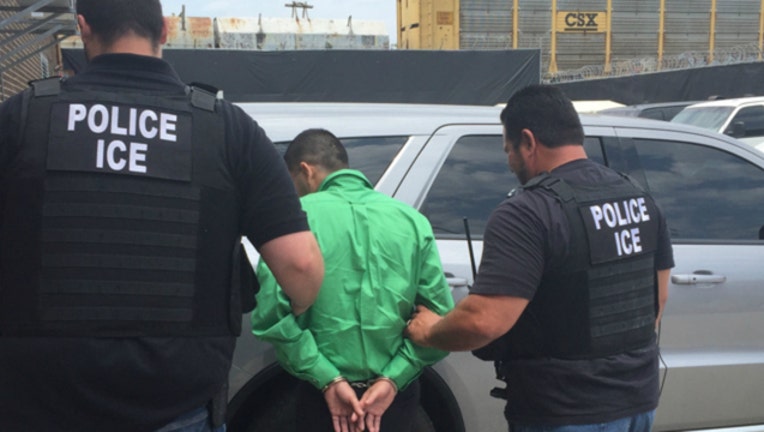 CHICAGO (Sun-Times Media Wire) - A month long regional operation by U.S. Immigration and Customs Enforcement led to the arrest of 107 people in the Chicago Area.

The operation, which began May 9 and finished Monday, targeted convicted criminals and netted 331 arrests in Illinois, Indiana, Wisconsin, Kentucky, Kansas and Missouri, according to a statement from ICE.

Enforcement and Removal Operations officers arrested 106 men and one woman in the Chicago Area, 96 of whom had been convicted of crimes in the United States, including, aggravated sexual abuse, aggravated assault on an officer and weapons offenses, according to ICE. The agency said the other 11 had recently entered the country illegally.

The majority of local arrests happened in Chicago, Cicero and Waukegan.

One of those arrested was a 25-year-old New Guinean national with prior convictions for domestic violence, burglary, and strong arm robbery, ICE said. He was arrested June 3 in Chicago.

A 38-year-old Mexican national who had been previously deported was also arrested June 3 in Cicero, ICE said. He is a documented Latin Kings gang member with prior drug and aggravated assault convictions.

Both remain in custody of ICE.