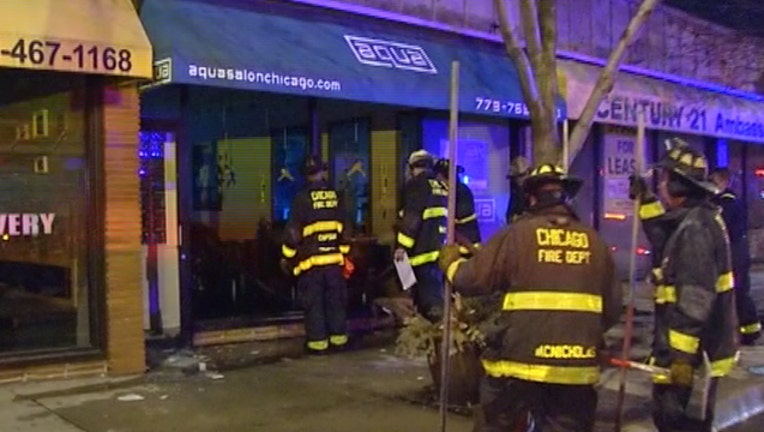 CHICAGO (SUN TIMES MEDIA WIRE) - A restaurant and hair salon were damaged by a fire Sunday night in the Edgebrook neighborhood on the Northwest Side.

He said the blaze was “quickly extinguished.”

No injuries were reported, but the fire spread to two neighboring store fronts, Aqua Salon and a vacant store, Shehan said. Both the salon and the restaurant would be “shut down for a while” because of the damage.