Police spent hours looking for evidence after a reported shooting at a Wingstop in Melrose Park. An employee told FOX 32 Chicago they heard 20 gunshots, and the windows of the front of the restaurant were shattered. Nate Rodgers reports.

MELROSE PARK, Illinois - A shooting was reported at Winston Plaza in Melrose Park on Sunday evening, with one person reportedly wounded.

Video taken by a FOX 32 Chicago crew shows the windows of a Wingstop smashed to pieces. An employee told FOX 32 Chicago Reporter Nate Rodgers that he heard 20 gunshots.

Another witness told FOX 32 Chicago that the victim had been attending a wedding at Rose Banquets next door, and that two gunmen targeted him. The witness described the gun as being AK-47 style. The witness said the victim ran into Wingstop to hide.

Police officers were gathered around the Wingstop and were stringing up "police line - do not cross" tape. Police on the scene would not give our reporter information. 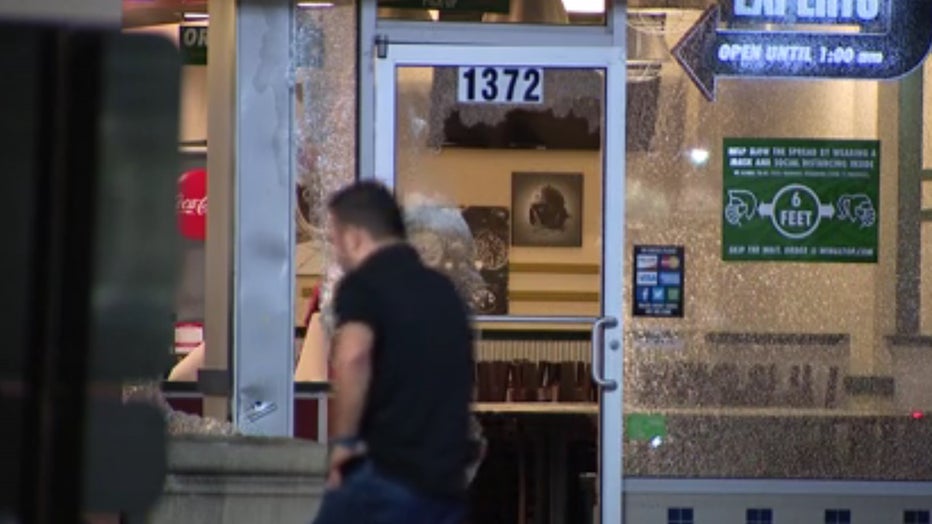