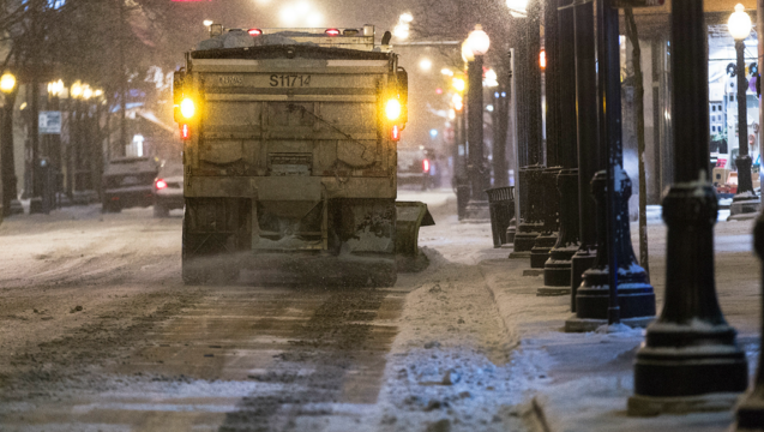 Snow began to fall across Chicago about 4 a.m. with minor accumulation expected through about 9 a.m., according to the National Weather Service. The snowfall was expected to resume about 1 p.m. with scattered snow showers throughout the Chicago area.

The snow trucks will focus on salting and clearing arterial routes as well as overpasses, bridges and hills before the morning rush, according to the city’s Department of Streets and Sanitation. The trucks will move to neighborhood streets if necessary once the snow stops and main streets are clear.

Thursday is expected to be cloudy with a high of 35 degrees, according to the weather service.