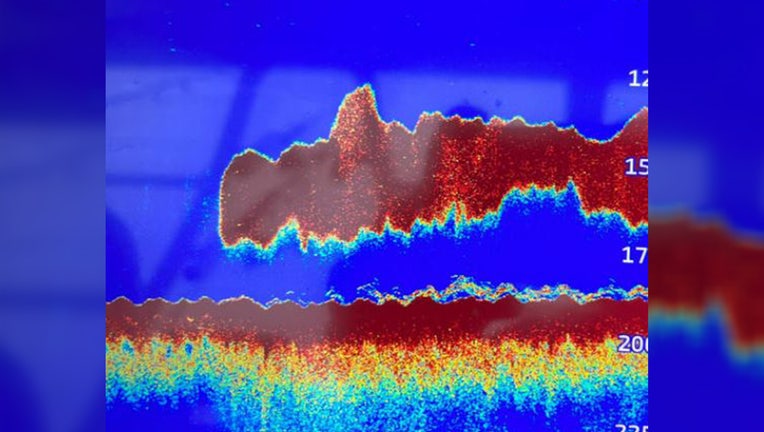 An incredible sonar image of what researchers thought was a 50-foot megalodon shark led them to believe the prehistoric beast of the seas had returned – until they realized what it really was.

In a Facebook post, the Atlantic Shark Institute –  based in Rhode Island – said the stunning image was captured on their fish finder off the coast of New England.

"Does the Meg exist? On a recent shark research trip we were all amused to see this shape."

Based on the size of the shark-shaped blob, the researchers estimated that the "Meg" was about 50-feet long and weighed around 40 tons! However, their excitement was short-lived.

"We waited for one of the rods to go off. However, much to our disappointment, the shape started to transition into a large school of Atlantic mackerel that hung around the boat for about 15 minutes," The Atlantic Shark Institute explained.

"So close, but so far! The megalodon disappeared more than 3 million years ago and will likely stay that way, but, for a few minutes, we thought he had returned!"

Experts say megalodon's was the largest fish to ever live, measuring up to 58 feet or even larger. With a mouth nearly 10 feet wide, the apex predator may have had the most powerful bite of all time.