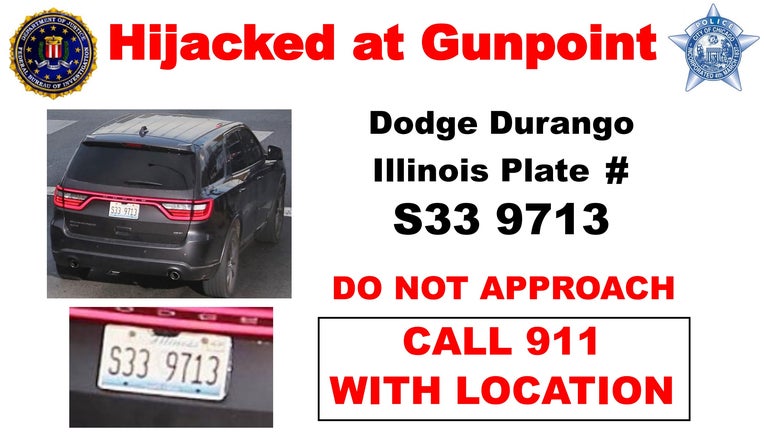 FBI looking for this Dodge Durango.

CHICAGO - The FBI and Chicago police are on the lookout for a stolen SUV believed to be involved in a series of carjackings and thefts across the Chicago area this week.

A Dodge Durango was initially taken from someone at gunpoint this week in the Chicago area and then used in the incidents, according to the FBI.

The Durango has Illinois license plate S339713 and its occupants are presumed armed and dangerous, the FBI said.

The agency did not release specifics on times and locations of the carjackings or thefts.

If located, the FBI urged residents not to approach and to call 911.