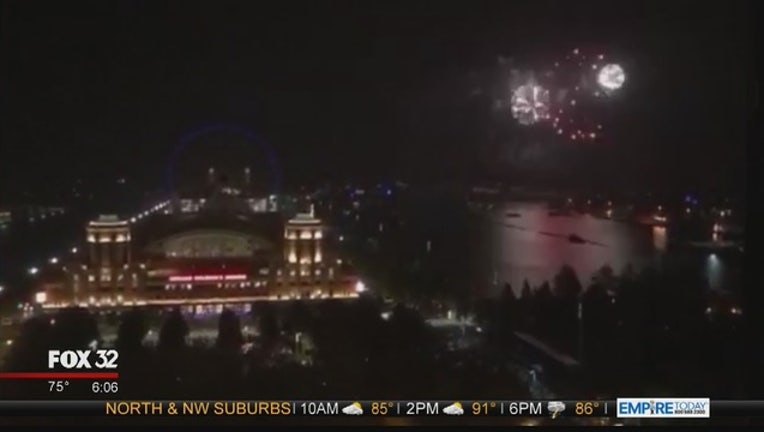 CHICAGO (SUN TIMES MEDIA WIRE) - Thunder and lightning rolled through the Chicago area on a rainy, muggy Fourth of July, drenching celebrations in the city and causing some suburban fireworks shows to be canceled.

Though some western and southern suburbs abandoned their plans for fireworks, the show went on at the downtown Chicago lakefront, ending almost immediately before the downpour started.

Hundreds of people ran for cover, causing Chicago Police to briefly cut off traffic on Lake Shore Drive as large crowds grouped under a bridge. Officers also blocked the entrances to the CTA Red Line at the Chicago and State station as the platform began to overcrowd.

During the chaos, a woman was struck by lightning near the lakefront on Lake Shore Drive by the downtown Maggie Daley Park.

The weather service warned drivers to turn around rather than drive through flooded roads.

Isolated showers and storms could be expected overnight with patchy fog joining the muggy weather until the morning, according to the weather service.