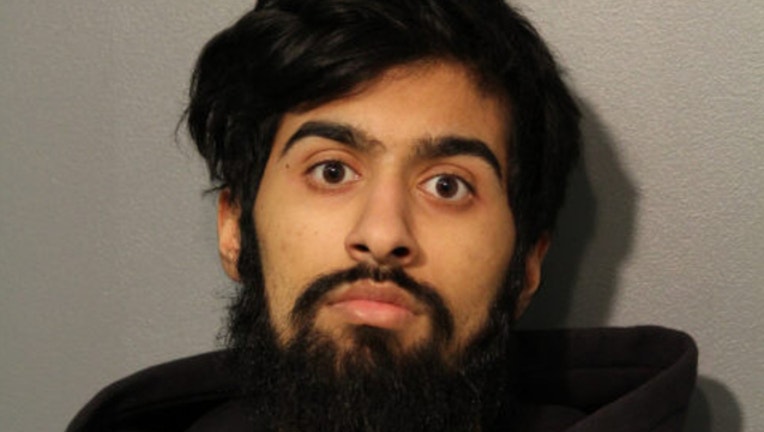 SUN TIMES MEDIA WIRE - A Naperville man was charged this week with stealing the identity of a west suburban couple after their personal information was compromised during a 2015 data breach at the University of Chicago, police said.

Rehan Arif, a 21-year-old from Plainfield, was charged with felony counts of financial identity theft after he was arrested Tuesday in an investigation on behalf of a Riverside couple who reported thousands of dollars in fraudulent purchases made in their names, according to a news release from Riverside police.

The woman, 58, and her husband were former employees at the UChicago Department of Medicine, which was hacked in 2015, police said.

Arif allegedly snatched the 58-year-old’s identity after it was taken from the breach and posted on the dark web that year. He used her name, address and bank info to order items to her Riverside home before swapping the address out for a home that was for sale, foreclosed or vacant, police said.

While monitoring tracking numbers on his laptop, Arif stooped out the empty home in his vehicle, police said. He then scooped up the packages from the front door.

The most recent address used was that of a vacant property in the 5600 block of Bergamot Court in Naperville, police said. That was where Arif was arrested.

The investigation began Feb. 19 when the 58-year-old called police to report fraudulent charges on her bank card and a delivery of a bass guitar she did not order, police said. She also logged on her bank account and saw over $500 in charges to a guitar store in Santa Monica, a California technology center and clothing stores.

About 10 a.m. on Tuesday, the 58-year-old told police she received an alert that packages she did not order were arriving at a Naperville address, police said. It was traced to a vacant home in foreclosure.

Riverside and Naperville police staked out the building and saw Arif walk up to a bundle of packages recently delivered by FedEx, police said. He threw them inside his 2005 Nissan Sentra and drove away.

Naperville police pulled Arif over in the 4000 block of 111th Street, police said. He was arrested, and the packages as well as his Nissan were seized.

“This is a very complex identity fraud scheme and detectives are still working this case even though the defendant has been arrested,” Riverside police chief Tom Weitzel said in the news release.

Edgerton, Wisconsin, police are also working with Riverside officers to investigate $16,000 in fraudulent purchases made under the names of the couple in that state, police said.

“This Riverside resident had been victim of fraud repeatedly until the arrest occurred this Tuesday,” Weitzel said.