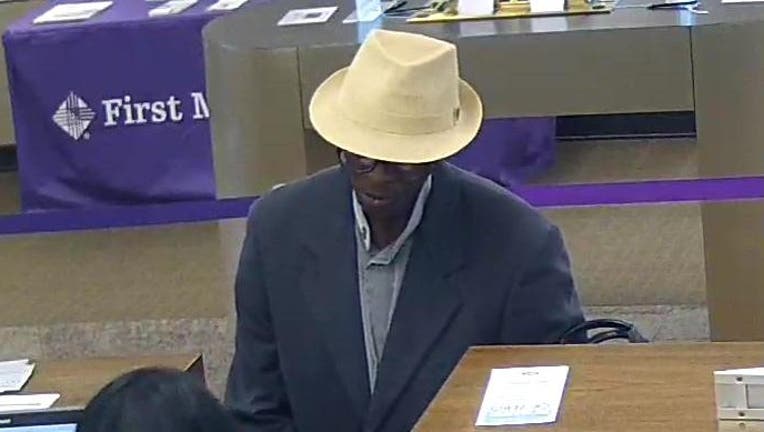 MUNSTER, Ind. - Authorities have arrested a man suspected of robbing a bank Monday in Munster, Indiana.

Investigators identified a Hammond man as the suspect Tuesday evening and served a search warrant in the 5600 block of Sohl Avenue, according to a statement from Munster police. Officers recovered “several items of evidence” and took the 55-year-old man into custody about 9 p.m.

Officers were called about the robbery at 9:10 a.m. Monday at the First Midwest Bank, 750 Ridge Road in Munster, police said.

Witnesses told investigators the man passed a note to the teller demanding money and implied he had a gun, police said. The man was described as being in his late 50s and wearing a gray suit, an ivory-colored fedora and large-rimmed glasses.

The man was able to leave the bank with an undetermined amount of cash, police said.

Anyone with information is asked to contact Munster detectives at 219-836-6658. 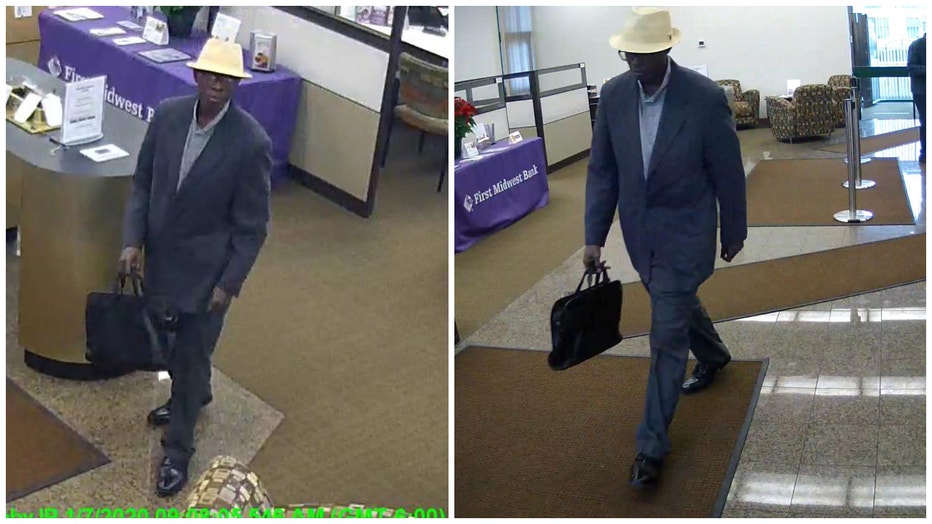 Surveillance photo of a man accused of robbing a bank Jan. 7, 2020, in Munster, Indiana. | Munster police