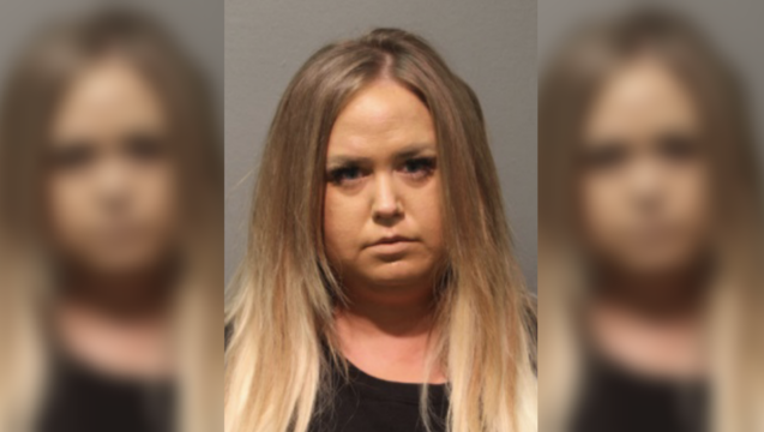 A former teacher at a Southwest Side charter high school hosted a booze-soaked party for students at her house this summer, and forced a 16-year-old boy to fondle her, Cook County prosecutors said, the Chicago Sun-Times is reporting.

Megan Kotarski, 28, bought beer and invited students to her house between matches for summer-league volleyball teams and even drank shots of liquor with the teens one day over the summer, Assistant State’s Attorney Jamie Santini said Wednesday during a bond hearing at the Leighton Criminal Courthouse.

Kotarski, then an English teacher at Horizons Science Academy High School, rode along as one of the students used her car to drive two other students home after another round of drinking after the second match, Santini said.

When a 16-year-old in the back seat reached to adjust the stereo, the teacher grabbed his hand and moved it underneath her shirt, then into her pants, Santini said.

Wearing a black sweatshirt and leggings, with her hair in a long, bedraggled ponytail, Kotarski was silent during her bond hearing.

Judge Stephanie K. Miller ordered Kotarski held in lieu of $10,000 bail. She will be barred from having contact with minors who aren’t relatives should she post the $1,000 needed to secure her release.

Defense attorney Mike Clancy said Kotarski resigned from her job at Horizons, 5401 S. Western Ave., on Nov. 10, cooperated with prosecutors and turned herself in to police on Monday.

School administrators opened an investigation in October, when they heard rumors Kotarski was having students over to her house, providing them alcohol, and had been having a sexual relationship with a student. The school questioned the 16-year-old and contacted police on Nov. 7, Santini said.

Police confirmed that the charge against Kotarski stemmed from an investigation that began earlier this month into the alleged misconduct.

“As the allegations involved a minor, the school contacted the [Illinois] Department of Children and Family Services and Chicago Police,” Christopher Murphy, director of strategic growth & PR for Concept Schools, said at the time.

Kotarski had worked at the school since 2014.

A DCFS spokeswoman confirmed that the agency is investigating the case and that the investigation is pending.