PHOENIX - Police say a suspect has been arrested after the bodies of three Mexican nationals were found in a vacant lot in Phoenix.

According to Sgt. Philip Krynsky with Phoenix Police, officers responded to reports of an injured person just after 1:30 p.m. on Feb. 20 near 99th Avenue and Mobile Lane and found the remains of three victims "with obvious signs of trauma."

"Homicide detectives responded to the area where they spoke to witnesses and processed the extensive crime scene," Sgt. Krynsky said in a statement.

The victims were later identified as 28-year-old Herminio Perez Ramirez, 21-year-old Isauro Martinez Dominguez, and 16-year-old Abimael Jimenez Morenos. The three were relatives, and one of them was part of a Christian band in Mexico. On their Facebook page, band members say they are seeking justice, and raising money to bring the bodies back home.

"We’re working with a medical examiner and also with a funeral home, so we can proceed with permits in order to take the bodies back to Mexico," said Jorge Mendoza Yescas, the Consulate General of Mexico for Phoenix.

According to court documents, the three victims traveled to phoenix from Wisconsin in a 2009 Chevrolet Tahoe. Investigators allege the suspect, identified as 21-year-old Juan Vargas, shot and killed the victims, and then sold their SUV days later.

Police officials said Vargas was arrested on March 2, after detectives were seen searching a home near 18th Street and Van Buren. Vargas was booked into jail and is accused of homicide, kidnapping, and robbery, according to online jail records.

According to court documents, Vargas is believed to have stolen and sold the victim's SUV, after killing them.

During a court appearance, Vargas asked a judge if he could be released, saying he needs to work to support his mother. Prosecutors, however, say he is a flight risk.

"The state is respectfully requesting a cash bond of $3 million," said Ellen Dahl with the Maricopa County Attorney's Office. "[Vargas is] engaged in a very dangerous world, involving trafficking."

"The court does find you pose a substantial danger to the community and flight to avoid prosecution," said the presiding judge, who set a $3 million cash-only bond for Vargas. 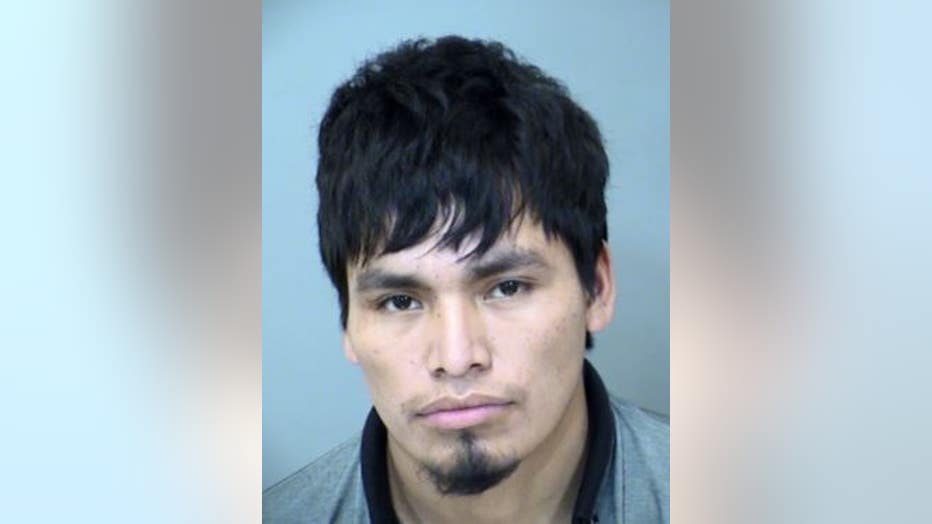