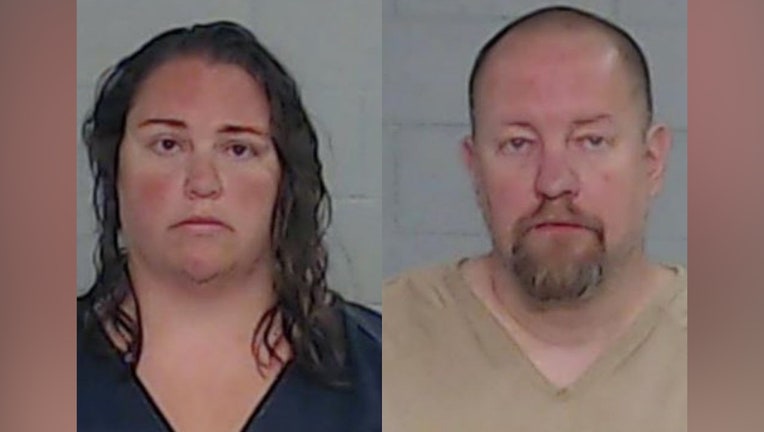 Ashley Schwarz (left) and Daniel Schwarz (right) were arrested after a child died at their Odessa home. (Odessa Police Department)

A Texas couple is facing capital murder charges for allegedly forcing an 8-year-old girl to jump nonstop on a trampoline in excessive heat as a form of punishment, police said.

Daniel Schwarz, 44, and Ashley Schwarz, 34, were arrested on Oct. 13 in connection to the death of the 8-year-old child in their care.

On Aug. 29, Odessa police were dispatched to the 4300-block of Locust Avenue in reference to a medical call.

When officers arrived at the scene, they found the girl who died shortly after, according to a news release.

Investigations revealed that the child had allegedly been punished and was not allowed to eat breakfast before being forced to jump on a trampoline without stopping for an extended period of time, according to police.

The child was allegedly not allowed to drink any water because she was not jumping, according to police.

While executing a search warrant, officers found that the temperature of the trampoline was approximately 110 degrees and the ground was 150 degrees when the child was allegedly forced to jump.

Investigators received the final autopsy report on Oct. 8 that determined the child died due to dehydration.

It was confirmed that the couple were not the child’s biological parents, Cpl. Steve LeSueur told local news media. LeSueur did not confirm whether or not the child was in foster care.

The couple was taken into custody at the Ector County Law Enforcement Center, where neither had bonds set as of Monday afternoon, the newspaper reported.