The 19th Amendment to the U.S. Constitution was ratified on Aug. 18, 1920. But many event organizers have been careful to present it as a commemoration, rather than a celebration.

WASHINGTON - As controversy swirls over mail-in voting in this year’s election, President Donald Trump said Tuesday he will pardon Susan B. Anthony, a women's suffrage leader arrested for voting in 1872 in violation of laws permitting only men to vote.

Trump’s move comes amid an outcry over Postal Service disruptions that Democrats say endanger the voting rights of millions of Americans who would vote by mail in November during the coronavirus pandemic. Trump has denied asking for the mail to be delayed even as he leveled fresh criticism on mail-in voting.

Comments from Trump and some of those assembled for a White House event commemorating the 19th Amendment quickly pivoted into an appeal for Trump’s reelection. 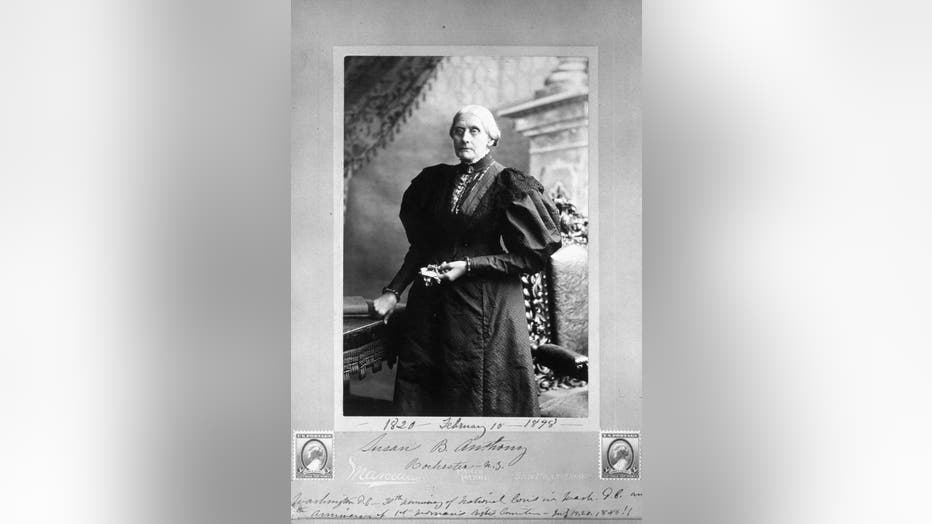 “Win, lose or draw, we have to get it right,” Trump said, adding that mail-in voting, as opposed to absentee voting, leads to ballots cast by pets and the deceased.

Trump said he would sign “a full and complete pardon" later Tuesday, the 100-year anniversary of the ratification of the 19th Amendment, which ensured women the right to vote. It’s also known as the Susan B. Anthony Amendment. 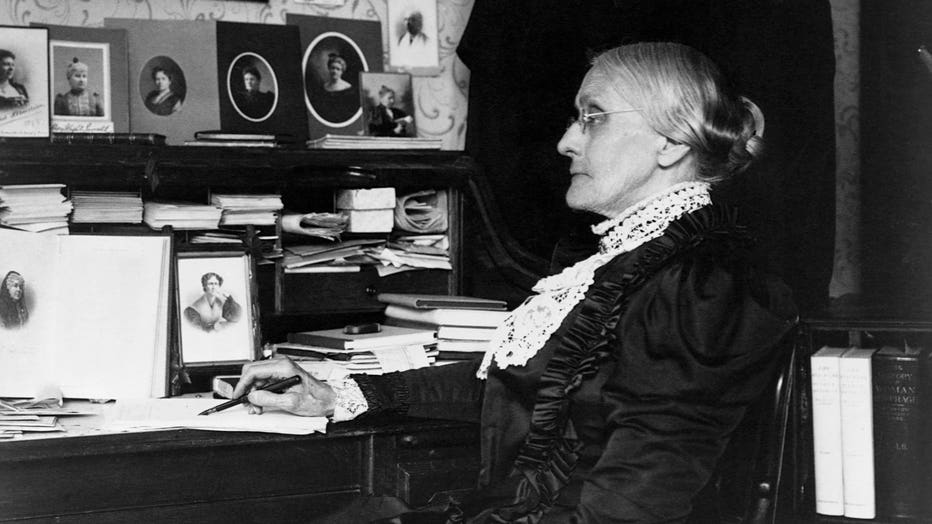 Portrait of Susan B. Anthony (1820-1906) seated at a desk. Anthony was a leader in the abolitionist and women's suffrage movements. (Photo by © CORBIS/Corbis via Getty Images)

Anthony is best known for her role in the movement to secure voting rights for women, but she also was a strong anti-slavery and voting rights pioneer.

His action comes as his support has been eroding among suburban white women in battleground states since his last campaign, in part because of his harsh rhetoric.

In recent weeks Trump has recognized he needs to work to undo some of the damage among the pivotal constituency and has stepped up his events aimed at women. His campaign has launched a “women for Trump” bus tour and the president has embraced a “law and order” message with renewed vigor.

Anthony was arrested for voting in her hometown of Rochester, New York, and convicted in a widely publicized trial. Although she refused to pay the fine, the authorities declined to take further action.

The 19th Amendment states that “The right of citizens of the United States to vote shall not be denied or abridged by the United States or by any State on account of sex.” Congress passed it in 1919, and the amendment was ratified on Aug. 18, 1920.

Visiting Anthony’s grave site in Rochester on Election Day has become a popular ritual in recent years. Thousands turned out in 2016 for the presidential match-up between Trump and Hillary Clinton. In 2018, voters showed up by the dozens to put their “I Voted” stickers on her headstone.