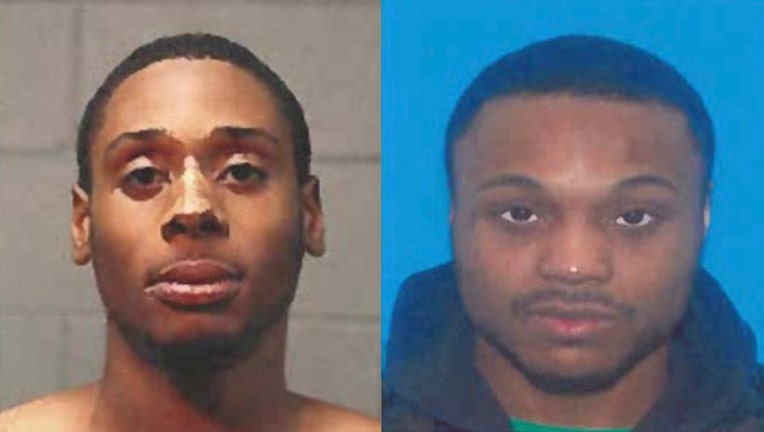 BRIDGEVIEW, Ill. - Bail was denied Friday for two men charged in a deadly gang-related shooting at a Bridgeview Secretary of State Drivers Services Facility that sparked a chase into the south suburbs.

Matthew Givens, 23, and Cortez Hudson, 24, face a count each of murder and attempted vehicular highjacking, according to Bridgeview spokesman Ray Hanania.

Prosecutors say Givens, of Lansing, and Hudson, of Oak Park, were expected to appear for a court appearance at the Bridgeview Courthouse later Friday.

Davis, who was unarmed, had been waiting for several hours in a line that stretched outside the facility when Givens and Hudson arrived in a red Nissan Sentra, along with Hudson’s 6-year-old brother, prosecutors said.

The pair waited about a half hour, with one witness telling investigators that it appeared they were "scoping out" the facility, before Hudson approached Davis in line about 1:30 p.m. and fired at him multiple times with a 9 mm handgun, prosecutors said.

Just after, Givens walked up with a .40-caliber handgun that had been modified to be an automatic weapon and also fired at Davis, prosecutors said.

The two gunmen allegedly then drove away in the Sentra.

Officers followed the car onto Interstate 294 and briefly lost sight of the car after it exited onto 95th Street.

Near 97th Street and Roberts Road, the two shooters and Hudson’s younger brother got out of the car and Hudson tried to steal a man’s Tesla at gunpoint while the man was showing the car to a friend, prosecutors said.

Both men were arrested by police nearby and also face a count each of attempted vehicular hijacking.

In a statement, Bridgeview Police Chief Ricardo Mancha said over a dozen other police agencies helped in the investigation.

Givens was free on bond at the time of the shooting for a pending residential burglary case, according to prosecutors. Givens, of Lansing, was working before the coronavirus pandemic for a Ford Motor Co. plant, defense attorney Nathaniel Niesen said.

Hudson, of Oak Park, was employed as a forklift driver and cook at two restaurants, according to defense attorney Michael Clancy.