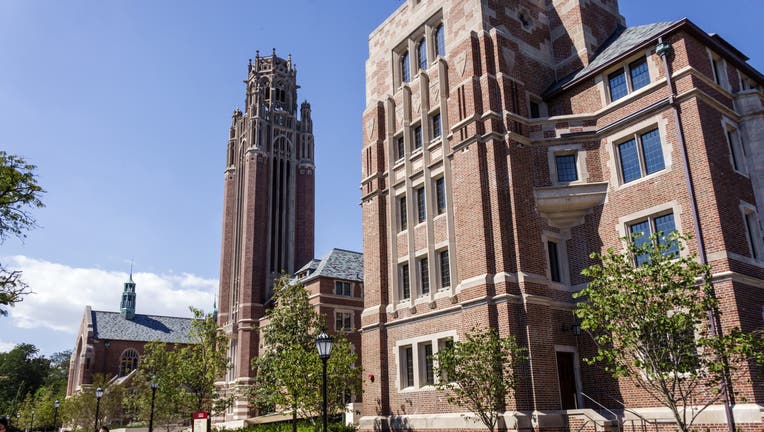 CHICAGO - The University of Chicago has become the latest Illinois university to take steps to reduce the spread of coronavirus, announcing Thursday it is moving to remote learning for undergraduate and graduate classes for the entire spring quarter beginning March 30.

The announcement came a day after Illinois, Southern Illinois, DePaul, Northwestern and Illinois State universities announced the suspension of in-person classes due to coronavirus concerns.

The schools joined colleges and universities nationwide that have announced a halt to face-to-face instruction for several weeks to stem the spread of coronavirus, now declared a pandemic by the World Health Organization. None of the Illinois universities are reporting cases of COVID-19 on their campuses.

For most people, the new coronavirus causes only mild or moderate symptoms, such as fever and cough. For some, especially older adults and people with existing health problems, it can cause more severe illness, including pneumonia. The vast majority of people recover from the new virus.

The actions by the universities came as Illinois Gov. J.B. Pritzker announced the state’s number of COVID-19 cases had increased to 25. Both houses of the Illinois General Assembly have canceled legislative sessions in Springfield next week because of the threat of the spread of the virus.

Meanwhile, the Illinois High School Association said Thursday it will significantly limit attendance at the remaining games in this year’s 2020 Boys Basketball State Series and other IHSA events to preemptively reduce the potential spread of COVID-19. The IHSA said it plans to invoke the 60-spectator per school limitation across all remaining basketball games this season. Competing schools will be provided a protocol for determining who receives tickets.

Games affected by this change include the 2020 IHSA Class 1A/2A Boys Basketball State Finals on Friday and Saturday, as well as the remaining contests at the Class 3A and Class 4A sectionals, super-sectionals and state finals. The IHSA State Series’ in Debate, Drama & Group Interpretation and Scholastic Bowl will be limited to competing students, coaches and essential meet personnel.