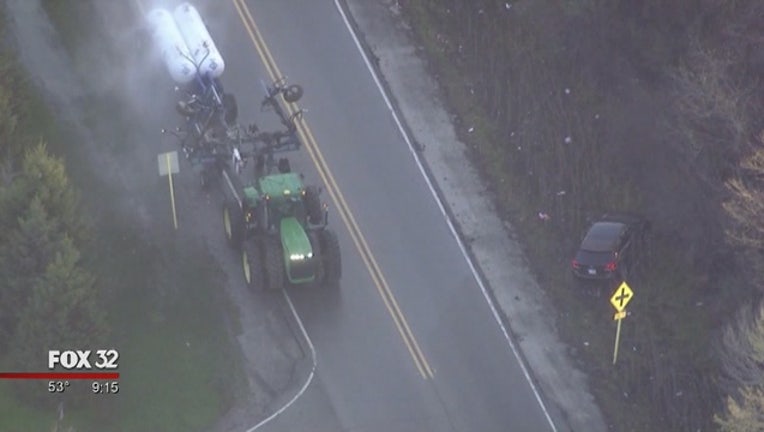 The National Transportation Safety Board released a preliminary report on the anhydrous ammonia spill in Beach Park, Illinois, near the Wisconsin border.

The NTSB says a hazardous-materials team from Lake Forest, Illinois, found some valves were fully open on a pair of 1,000-gallon tanks, which were being pulled by a tractor. The ammonia release stopped when a valve was closed. Investigators plan to examine the valves at a laboratory in Washington.

The NTSB says the loaded tanks were picked up at a farm cooperative in Kansasville, Wisconsin, about 30 miles (48 kilometers) from the accident scene.

Anhydrous ammonia is a colorless gas used as an agricultural fertilizer that produces pungent, suffocating fumes when released.