LOS ANGELES - New surveillance video was released Monday that captured the moment an off-duty detective with the Los Angeles County Sheriff's Department helped an elderly woman cross the street just seconds before she was struck and killed in Valley Village over the weekend.

Det. Amber Joy Leist, 41, was a mother of two and a 12-year veteran with the department.

Authorities say on Sunday morning, Leist was stopped at a red light at the intersection of Whitsett Avenue and Riverside Drive. An elderly couple was crossing the street when the woman fell. Leist immediately put her car in park and rushed to help. She then helped escort the couple across the marked pedestrian crosswalk.

By the time Leist turned around to get back to her vehicle, she was hit by a passing vehicle. The driver of the vehicle remained at the scene and provided aid to Leist until paramedics arrived.

Leist was rushed to a local hospital, where she died, officials said. 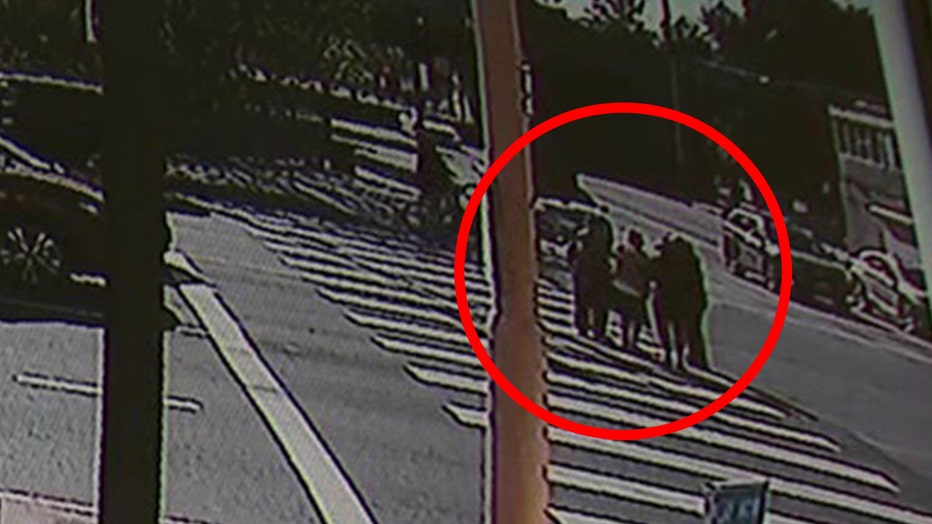 Her son is currently on active duty for the US Navy.