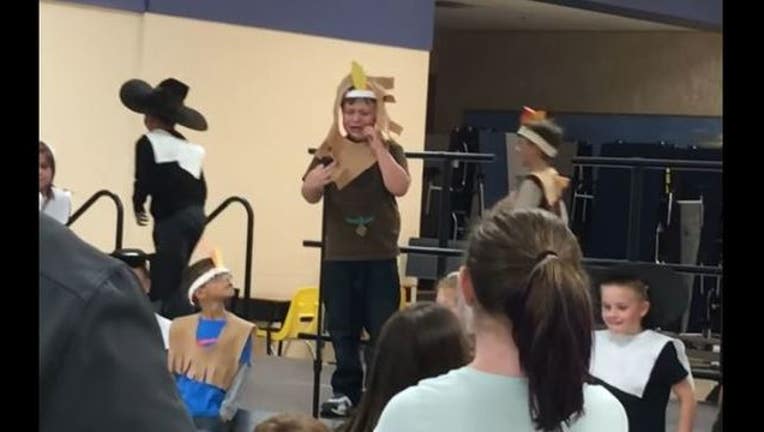 A West Virginia boy with autism was left crying at his Thanksgiving school play when a teacher snatched the microphone away before he could speak.

Though 6-year-old Caleb already spoke in the play - in which he dressed as a turkey - his parents felt the Nutter Fort Primary School teacher acted harshly, refusing to let him say "gobble, gobble" at the end of the performance.

"What does it matter if he wanted to say gobble gobble," his mother, Amanda Riddle, wrote in her post on YouTube. More details: FOX NEWS