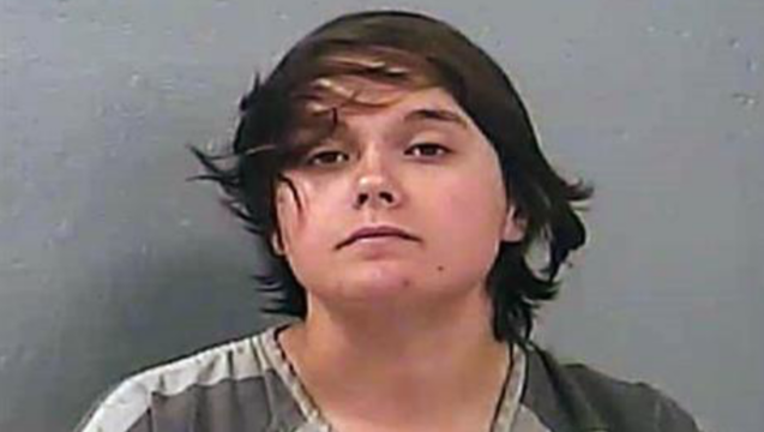 KANSAS CITY, Mo. (AP) — A 19-year-old southwest Missouri woman allowed her intoxicated boyfriend to cut her arm and drink her blood while discussing vampires, and then stabbed him during an ensuing argument, according to police.

Victoria Vanatter of Springfield pleaded not guilty Monday to charges of first-degree domestic assault and armed criminal action in connection with the Nov. 23 incident. She remained jailed Tuesday on $150,000 bond.

Her court-appointed public defender, Steve Kellogg, declined to comment on the case Tuesday, saying he had not yet spoken with Vanatter.

Vanatter stabbed her boyfriend in the back and shoulder after he repeatedly hit her during the argument, Springfield police investigator Scott Hill wrote in a probable-cause statement that accompanied the criminal complaint.

Officers responding to Vanatter's 911 call said they found the bloodied couple, a heart drawn in blood on a living room wall, and "I'm sorry" scrawled in blood along with another heart on a kitchen counter. On the boyfriend's bare chest was a symbol of a cross that also appeared to be drawn in blood, Hill wrote.

Vanatter told investigators that she routinely cut herself so she could drink her own blood and "believed she could become a serial killer," Hill wrote.

"Vanatter admitted to me that she was a threat to society and we need to take her seriously," the investigator said.

She and her boyfriend, who refused to cooperate with police and insisted his knife wounds were self-inflicted, were treated at a hospital, Hill said.

Vanatter also is charged as a persistent offender on probation for convictions last year of felony assault and felony domestic assault related to separate incidents in other counties.

Vanatter does not have a publicly listed phone number. The name of her boyfriend — identified in court documents only as "B.H." — has not been released.