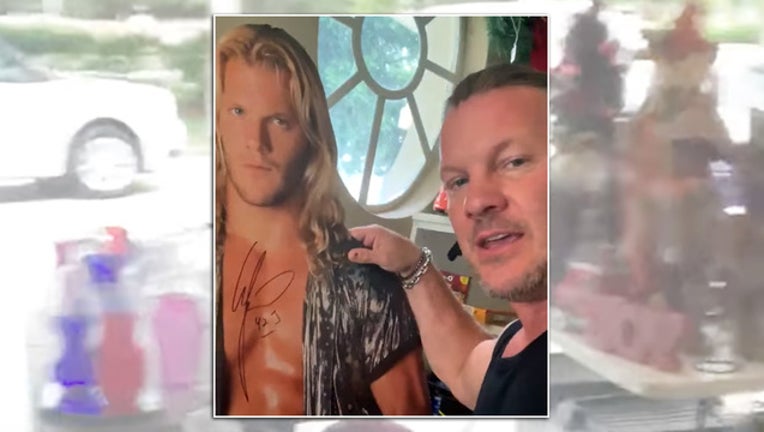 ODESSA, Fla. (FOX 13) - There will be lots of yard sales in the Tampa Bay area this weekend, but probably none quite like this. WWE wrestler Chris Jericho is having a big estate sale at his Odessa home, and he wants you to stop by.

“We’re selling everything. All the books, all the magazines, all the records, all the Chris Jericho 8x10s, hockey cards, you name it,” Jericho said in a Facebook video posted Thursday.

Jericho, whose real name is Christopher Keith Irvine, is known best for his success in the wrestling ring, but he also sings in a heavy metal band, has written an autobiography, and tried his hand at acting.

Like many current and former wrestlers, he settled in the Tampa Bay area. He and his wife Jessica bought their four-bedroom lakefront home in 2004. Now, they're trading up to a $3.2-million, five-bedroom place just a few miles away.

With the move, he’s apparently looking to get rid of all the collectibles, decorations, and other items he’s gathered through the years.