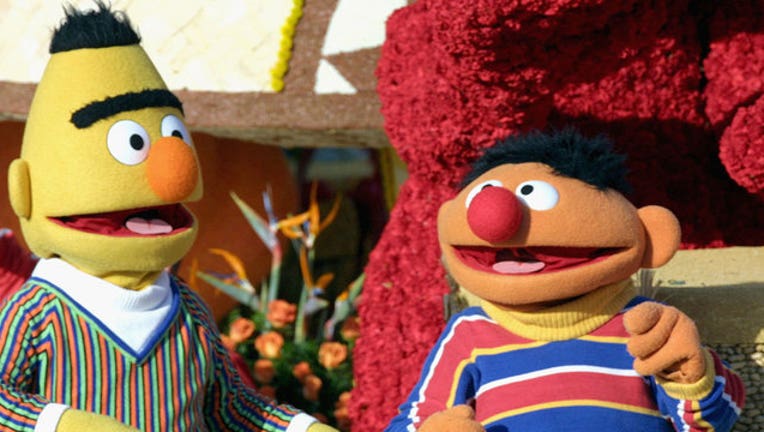 NEW YORK (FOX5NY) - A man who wrote scripts and songs for 15-years for "Sesame Street" now says Muppets Bert and Ernie were gay. It's been a topic for discussion for decades.

In an interview with Queerty, Mark Saltzman said, "And I always felt that without a huge agenda, when I was writing Bert & Ernie, they were. I didn’t have any other way to contextualize them."

For some in the LGBT community, Bert and Ernie have long been seen as gay icons.

A 2011 online petition calling for the pair's nuptials sparked controversy. Chicago resident Lair Scott, who posted the petition, thought of it as a way to make gay and lesbian kids who watch the show feel better about themselves and to promote tolerance for people who are different.

RELATED:  Did Pampers drop Sesame Street characters from diapers over lack of diversity?

Sesame Workshop, which produces the long-running children's series, declared in a statement: "They were created to teach preschoolers that people can be good friends with those who are very different from themselves."

The statement also said that the characters were "best friends" and "they remain puppets and do not have a sexual orientation."