CHICAGO - The Chicago Bears will open the 2021 season on Sunday Night Football against the Rams and their new quarterback, Matthew Stafford, in Los Angeles.

The Bears full schedule was released Wednesday night. It goes as follows:

This year includes a new wrinkle: an extra week of the regular season for the first 17-game season in league history. That means another week of games to keep an eye on, much to the joy of NFL fans across the country.

The 2021 season will officially kick off on September 9, with the defending Super Bowl Champion Tampa Bay Buccaneers taking on the Dallas Cowboys on Thursday Night Football.

In addition, the NFL on FOX Week 1 schedule has been released.

The NFL’s goal is to have full stadiums this season. Single game tickets go on sale at 7 PM CT / 8 PM ET Wednesday at NFL.com/tickets.

FOX Super 6 is joining in on the party and adding to the excitement by giving away $5,000 absolutely for free on Wednesday as the schedule is revealed – and you could be the big winner. GET INFO 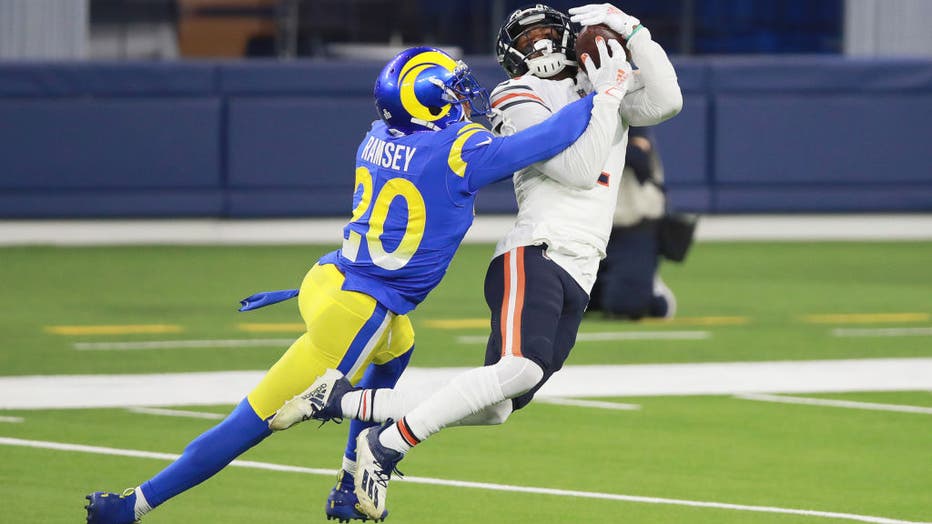 INGLEWOOD, CALIFORNIA - OCTOBER 26: Allen Robinson #12 of the Chicago Bears is blocked by Jalen Ramsey #20 of the Los Angeles Rams in the 4'th quarter at SoFi Stadium on October 26, 2020 in Inglewood, California. (Photo by Joe Scarnici/Getty Images)