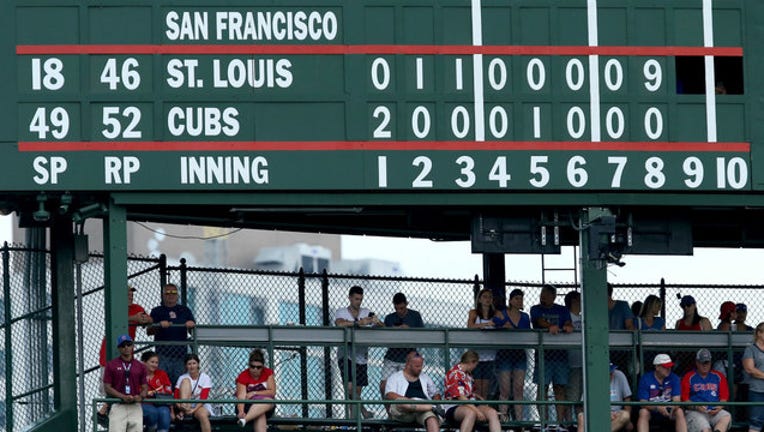 A general view of the scoreboard during the game between the Chicago Cubs and St. Louis Cardinals at Wrigley Field on July 21, 2017 in Chicago, Illinois. (Dylan Buell/Getty Images)

CHICAGO (AP) -- A man might have saved himself from serious injury when a large metal pin fell from Wrigley Field's centerfield scoreboard because he had a plastic bucket on his head during a Chicago Cubs game.

Cubs spokesman Julian Green tells the Chicago Tribune that the 19-year-old man was hit by a 6- to 8-inch pin during Tuesday night's game against the Arizona Diamondbacks. Green says the man received five staples to close a cut on his head, but that the bucket apparently helped shield him.

Green said team officials were investigating whether the pin used to attach the scoreboard's metal numbered tiles was dislodged or a worker dropped it. The scoreboard is manually operated, with workers inside hanging the tiles.

Green says the team hasn't had similar problems before.