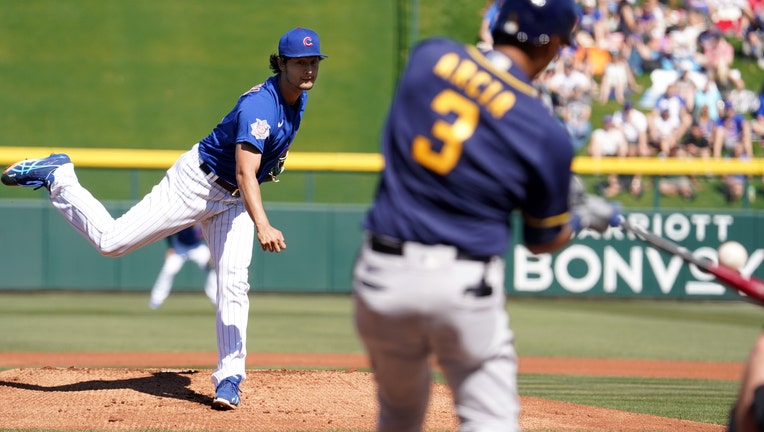 MESA, AZ - FEBRUARY 29: Yu Darvish of the Chicago Cubs pitches during a spring training game against the Milwaukee Brewers on February 29, 2020 in Mesa, Arizona. (Photo by Masterpress/Getty Images)

MESA, Ariz. - Yu Darvish pitched two innings in his spring debut for the Chicago Cubs and showed off a fastball that reached 98 miles per hour.

Darvish gave up a home run on his first pitch, with Orlando Arcia of the Milwaukee Brewers hitting a drive over the wall.

Darvish says he predicted he would allow a homer on his pitch, figuring he would throw a fastball over the plate for a strike and Arcia would swing.