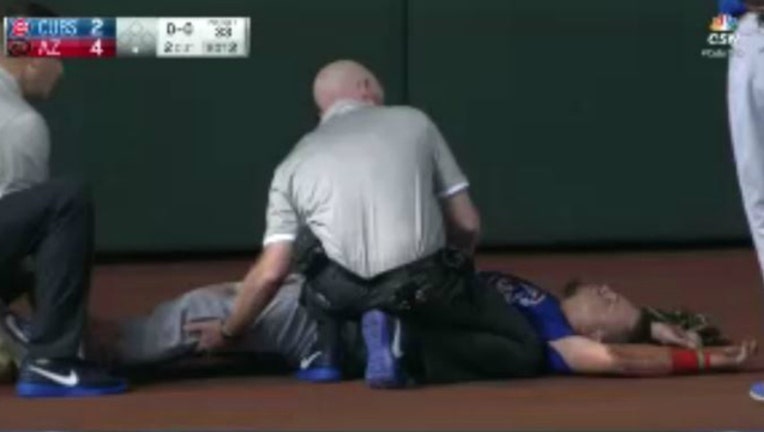 PHOENIX (AP) - Chicago Cubs left fielder Kyle Schwarber was carted off the field Thursday night after colliding with center fielder Dexter Fowler on a play that resulted in an inside-the-park home run for Arizona's Jean Segura.

The Cubs said Schwarber had a left ankle sprain. Initial X-rays were negative and an MRI was scheduled for Friday.

Segura, who also hit a leadoff homer in the first, hit John Lackey's pitch to deep left-center in the second inning with Schwarber and Fowler giving chase. They collided on the warning track in front of the 413-foot sign at Chase Field.

Fowler stayed on the ground for several minutes before standing with some help and climbing on the cart.

Schwarber, the fourth overall pick in the 2014 draft, is the Cubs' backup catcher.