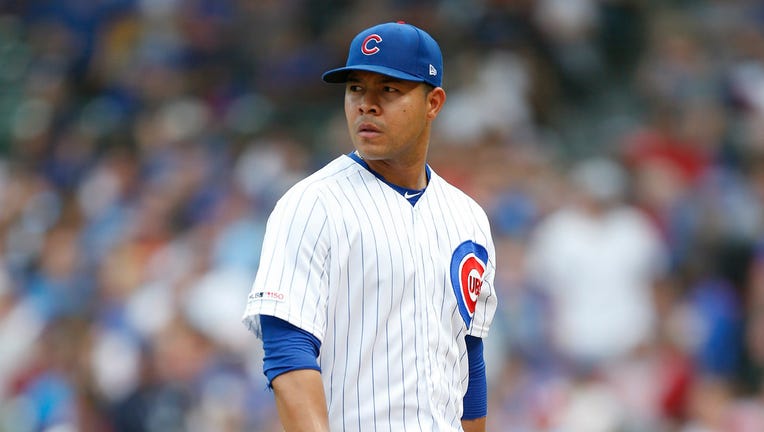 Jose Quintana of the Chicago Cubs walks off the mound after being removed during the fourth inning of a game against the St. Louis Cardinals at Wrigley Field on September 21, 2019 in Chicago, Illinois. (Nuccio DiNuzzo/Getty Images / Getty Images)

CHICAGO - The Chicago Cubs placed left-hander José Quintana on the 10-day injured list on Thursday because of nerve damage to his pitching thumb he suffered before the start of summer camp.

The 31-year-old Quintana wasn’t expected to be ready for opening day after cutting himself washing dishes at his home in Miami last month. He underwent surgery July 2 and resumed throwing on flat ground after his stitches were removed last week.

Quintana went 13-9 with a 4.68 ERA last year in his second full season with the Cubs. He was an All-Star for the crosstown White Sox in 2016.

The Cubs also placed infielder Daniel Descalso on the 45-day injured list with a sprained left ankle and announced that outfielder Mark Zagunis opted out for the season.

Chicago hosts the Milwaukee Brewers in the opener on Friday.