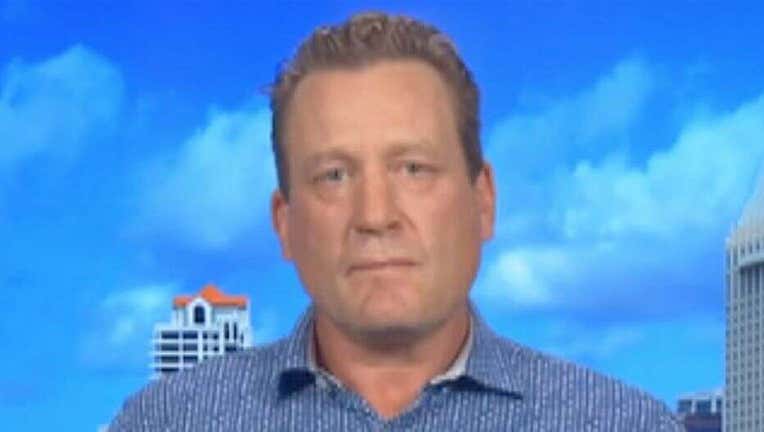 Professional athletes kneeling in protest during the national anthem continues to not sit well with former Chicago Blackhawk Jeremy Roenick, who appeared on "Watters' World" Saturday.

Roenick, who played 20 seasons in the NHL, was sympathetic to the Black Lives Matters cause, but expressed his discomfort with NHL and NBA players protesting the American flag.

"I think the Black Lives Matter has a great message and I think the racial inequality is something that we all have to think about. We all have to work to make this world a better place for everyone but not when it comes to our flag. Not when it comes to being our country where millions of people – men and women – have sacrificed their lives," Roenick said. "They’ve given the ultimate sacrifice to make sure that we have the freedoms to do the things that we do. And yes, it is kneeling but I just don’t like the venue. That flag means more to me."

The hockey veteran told Kilmeade he believes being American should be a unifying factor.

"I think if there’s one thing, Brian, that we can all agree on and we can all get around is that America is the greatest country in the world and provides us the most unbelievable freedoms, better than any other country in the world," Roenick said. "And I think if we can’t all agree on that and we can’t all celebrate our flag and honor the veterans that made that possible for us, then we’re in bigger trouble than I thought."

The former hockey analyst also spoke about his discrimination lawsuit against NBC over sexual comments he made about a co-worker on a podcast, saying the company had double standards.

"[The media is] saying it’s about anti-heterosexual and that’s just not the case. NBC has had a long history of double standards that happened with me," Roenick said. "I say one thing on a podcast. Somebody else says something that is just as bad actually on NBC. I get fired. The one person doesn’t."

"It doesn’t matter whether you’re Black, Latino, Hispanic, whatever the case may be, or gay, if you do something wrong and you’re gonna get fired," Roenick added. "If somebody else doesn’t something wrong, they should get fired too."

Roenick's lawsuit argues that he was held to different standards while NBC's skating analyst Johny Weir, who is gay, made inappropriate comments on the network and was not punished.

Roenick also commented on his treatment from the network over his support of President Trump.

"They hated it. I heard about it pretty much every day," Roenick said. "It was not a very fun work place environment knowing that you were ridiculed because of your friendship and because of who you support in government."