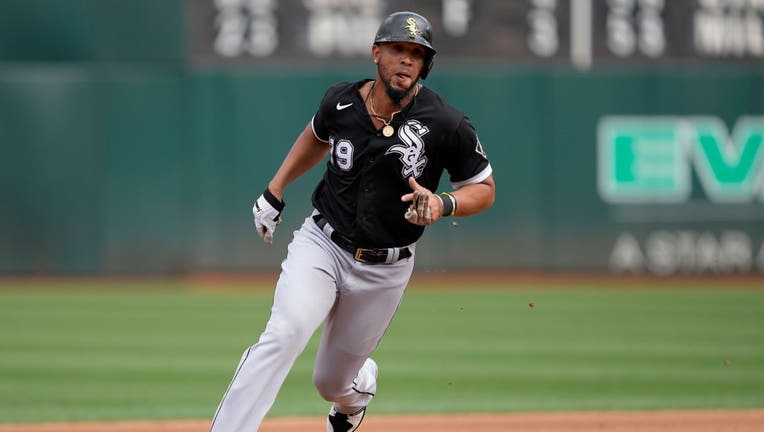 Jose Abreu #79 of the Chicago White Sox runs the bases against the Oakland Athletics in the top of the fourth inning at RingCentral Coliseum on September 11, 2022 in Oakland, California. (Photo by Thearon W. Henderson/Getty Images)

He spent his first nine major league seasons with the Chicago White Sox. The first baseman became a free agent after batting .304 with 15 home runs, 75 RBIs and an .824 OPS this year.

With the Astros, he replaces Yuli Gurriel at first base in a batting order that also features All-Star sluggers Yordan Alvarez, Jose Altuve, Alex Bregman and Kyle Tucker.

Gurriel became a free agent after Houston defeated the Philadelphia Phillies this month for its second World Series championship.

The 35-year-old Abreu becomes the biggest free agent to switch teams so far this offseason. Born in Cuba, the three-time All-Star and 2014 AL Rookie of the Year is a .292 career hitter in the majors with 243 homers, 863 RBIs and an .860 OPS.

The Astros announced the signing Monday night. Abreu was scheduled to be introduced in a news conference Tuesday morning at Minute Maid Park.

Abreu gets a hotel suite on road trips and the right to buy a luxury suite for all Astros home games.