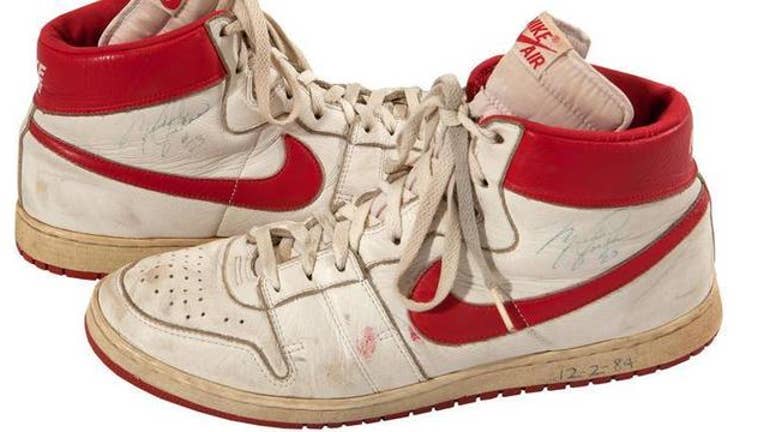 LAGUNA NIGUEL, Calif. (AP) - An auction company says it has Michael Jordan's earliest known pair of game-worn shoes from his rookie season with the Chicago Bulls.

SCP Auctions expects to get $50,000 or more when it auctions off the shoes beginning April 8.

Jordan wore the shoes in a road game against the Los Angeles Lakers on Dec. 2, 1984, before Nike had even unveiled the superstar's signature Air Jordan shoes.

Jordan gave his signed, game-used shoes to former Lakers ballboy Khalid Ali, who has kept them for the past three decades before deciding to sell. They're white Nike Air shoes with a red swoosh.

Online bidding for the shoes will go until April 25.