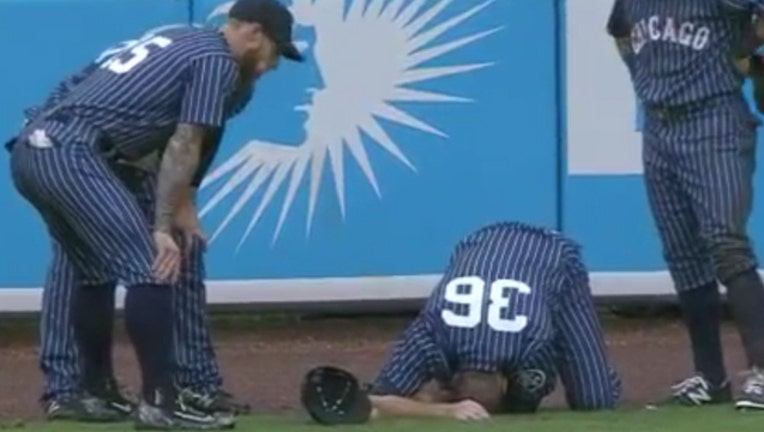 Coats had been called up from Triple-A Charlotte earlier in the day. He caught Miguel Cabrera's line drive into the left-centerfield gap an instant before running into center fielder J.B. Shuck.

Coats held onto the ball and was able to get up and make a throw, but then fell back to the ground. He was bleeding from the mouth and had concussion tests.

Avisail Garcia replaced him with the Tigers leading 4-2 in the bottom of the seventh.