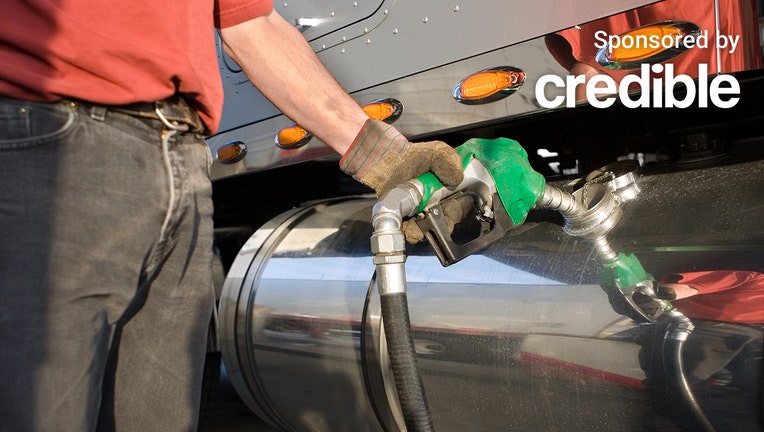 Inflation increased to yet another new 40-year high in February. (iSTock)

Inflation surged to yet another 40-year high in February as the Consumer Price Index (CPI), which is a measure of inflation, rose 7.9% over the last 12 months, according to data released by the U.S. Bureau of Labor Statistics (BLS) on Thursday. This is the highest annual inflation rate increase since January 1982, and topped previous records set in January and December 2021.

On a month-to-month basis, the CPI increased 0.8% from January to February alone. This increase was driven by higher prices for gasoline, shelter and food. The gasoline index surge accounted for nearly one-third of the monthly inflation increase in February, while the food index and home index each saw their largest monthly increase since April 2020.

"The inflation situation is getting worse, not better," Morning Consult Chief Economist John Leer said. "Household staples are becoming more and more expensive, crowding out spending on discretionary categories and delaying the spending reallocation back to services. And while gas prices explain much of the story, food and housing prices were also key drivers in February."

As the cost of living rises, the Federal Reserve is planning to raise interest rates in order to bring inflation back down. If you want to take advantage of interest rates before they increase, you could consider taking out a personal loan to pay down high-interest debt. Visit Credible to find your personalized rate without affecting your credit score.

AMID RISING INFLATION, MANY AMERICANS WOULD PREFER AN INCREASED PAY FREQUENCY, SURVEY SAYS

The CPI showed that the high inflation rate is being driven by surging gasoline prices. Due to these rising costs, the average household could spend nearly 59% more, or $2,000, in gasoline this year versus last year, new data from Yardeni Research showed. Current gas prices have soared past $4 per gallon, according to AAA, reaching their highest level since the 2008 financial crisis.

On Tuesday, President Joe Biden announced a ban on U.S. imports of Russian oil, a move he warned will drive gas prices up even further.

"Putin's war is already hurting American families at the gas pump since Putin began his military buildup on Ukrainian borders," Biden said. "And with this action, it's going to go up further. I'm going to do everything I can to minimize Putin's price hike here at home and coordination with our partners."

If you are trying to reduce your monthly expenses amid rising inflation, you could consider refinancing your home loan to lower your monthly payments. Visit Credible to compare multiple lenders at once and choose the one with the best interest rate for you.

The Federal Reserve plans to raise interest rates during its March meeting in an attempt to control rising inflation. However, as the Ukraine-Russia conflict continues, experts have begun to question the Fed’s ability to bring future inflation down.

"Unfortunately the war in Ukraine will make it more difficult to get inflation under control," Leer said. "Gas and energy prices continue to rise, wheat prices are through the roof and supply chains remain in chaos."

Another economist agreed, saying the rate hike that's expected to come from the central bank’s next monetary policy meeting will do little to control rising prices created by the geopolitical conflict.

"An interest rate increase from the Federal Reserve will slow down consumer demand by making the cost of borrowing more expensive," Dawit Kebede, Credit Union National Association (CUNA) senior economist, said. "However, there is little that the Fed can do to control prices caused by a global conflict, just like there is little it can do to improve supply chain disruptions."

If you've considered refinancing your private student loans, it could be a good time to do so before the Fed begins raising rates. You can visit Credible to speak to a student loan expert and see if this is the right option for you.