A 1-year-old girl was killed in a hit-and-run crash Thursday morning on the Near West Side.

CHICAGO - Jamyah Harris was a lively 1-year-old. She loved to dance, and she lit up when appearing on TikTok.

Jamyah was sitting in the back seat of a car early Thursday when a black Chrysler 300 slammed into it on Western Avenue on the Near West Side, according to Chicago police. The little girl was killed.

"She didn’t deserve this," Harris said at a new conference, where a $5,000 reward was announced for information about the driver who ran off after the crash. "You took a hole and put it in her (mother’s) heart."

Chicago police say the Chrysler was speeding when it hit the Toyota sedan shortly after midnight in the 300 block of South Western Avenue. Jamyah was taken to Stroger Hospital where she was pronounced dead, police said.

After hitting the Toyota, the driver of the Chrysler struck several parked cars and then jumped out and ran away, police said.

A witness saw the Chrysler turn from Jackson Boulevard and speed north on Western. The car "flipped over, hit a truck and then a tree," said Martha Gaston, who was in one of several other cars damaged in the crash. She said the driver immediately ran off.

She saw the child’s father rush to the car and grab the baby before paramedics arrived. Two other people in the car with Jamyah, her mother and another woman, refused treatment, police said.

"We’re asking for the killer to turn himself in," said Early Walker, the owner of W&W Towing who put up the reward for the arrest and conviction of the driver.

"This was a 1-year-old baby. She had her whole life ahead of her and now this family has to grieve losing this child to a senseless act of misconduct," Walker said.

Jamyah’s grandmother said the girl’s mother took good care of her. "She was fun. She was a sweet baby," Rachel Harris said.

Jamyah’s mother Amaya Miles attended the announcement but was too distraught to speak.

"She’s gonna always be hurt — that was her only baby," Harris said. "But it will be big a relief off our hearts to know that that person turns himself in and that he cared." 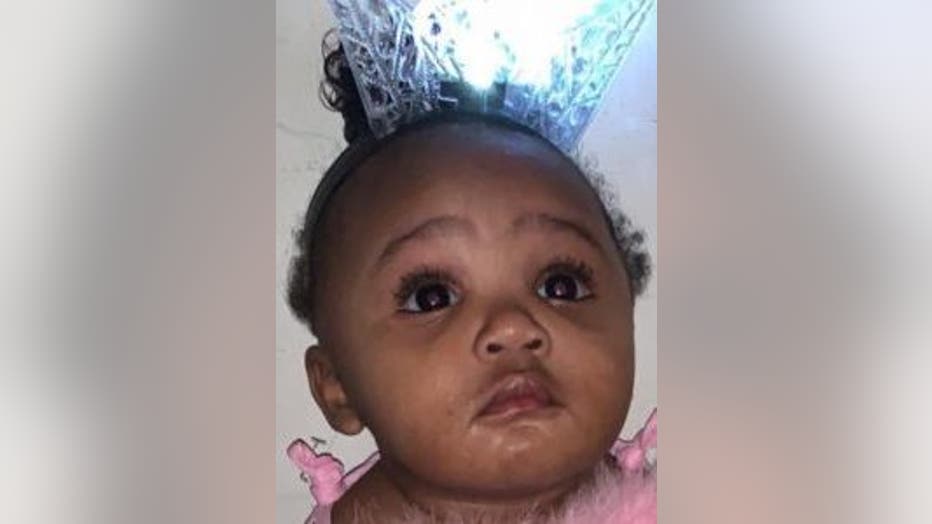 Jamyah Harris was killed in a hit-and-run crash early Thursday on the Near West Side. A $5,000 reward has been issued for the driver. | Provided