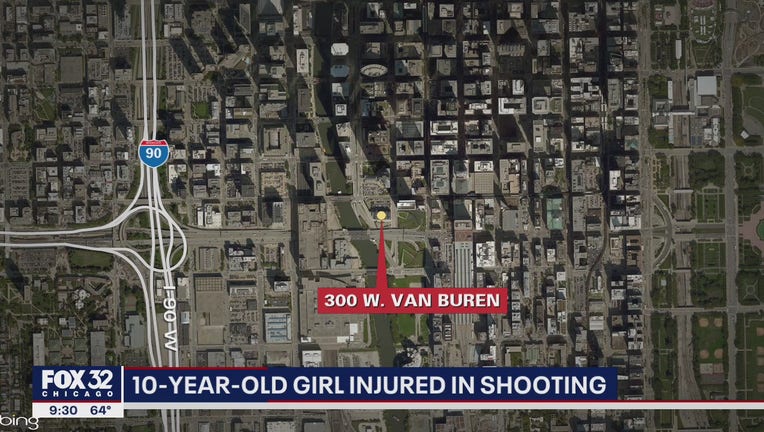 CHICAGO - Three people, including a 10-year-old girl, were shot Monday in Fifth City on the West Side.

They were on the street about 8:30 p.m. in the 3300 block of West Van Buren Street when gunfire erupted, Chicago police said.

The girl, who was inside a vehicle, was hit in the knee and was taken to Stroger Hospital in good condition, police said.

A 31-year-old man and a 25-year-old woman were standing outside when they were shot, police said. The man was shot in the face and taken to Stroger Hospital in good condition.

The woman was struck in the back and leg, police said. She was taken to Mount Sinai Hospital in fair condition.