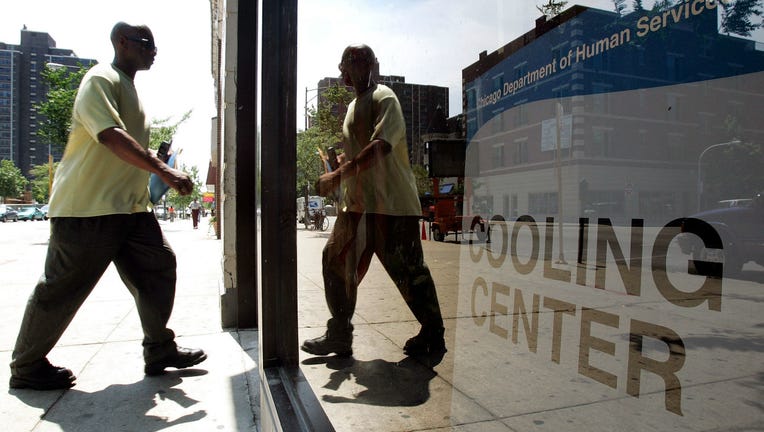 CHICAGO - Chicago has opened six daytime cooling centers through Friday to offer relief from potentially dangerous temperatures that continue to reach into the 90s.

Despite no formal heat warning from the National Weather Service, the city said on Wednesday it opened its centers “out of caution” ahead of heat index temperatures expected to hit 100 degrees Thursday and nearly as high Friday.

Those temperatures are lower than the 105 degree that triggers a formal heat warning if its forecast two days in a row, the Office of Emergency Management and Communications said in a statement.

The city has been smothered with high temperatures since Monday, but the air hasn’t been “oppressively humid,” keeping the heat index lower than it could be, the weather service said. Temperatures reached 97 degrees Monday, and 91 degrees Tuesday at O’Hare Airport.

The cooling facilities, open 9 a.m. to 5 p.m. through Friday with COVID-19 precautions, are:

A full list of where residents can cool down, including libraries, can be found online or by calling 311. A separate list of parks with splash pads is on the park district’s website.

The city, which has opened its cooling centers three times previously this summer, advised residents to check in on the young and elderly.

In 2020, Cook County has recorded three deaths attributed to heat.