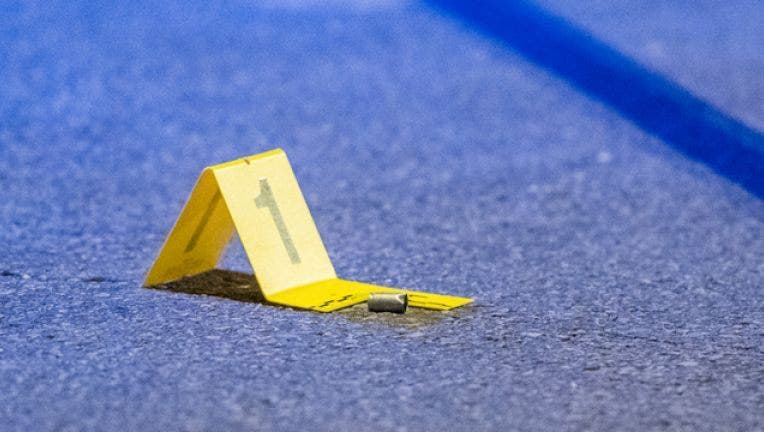 CHICAGO - Twelve people were shot, two of them fatally, Tuesday in Chicago.

The latest fatal attack left one man dead and two more wounded in Princeton Park on the South Side.

They were in the street about 6:40 p.m. in the 9400 block of South Lafayette Avenue when someone opened fire, Chicago police said.

A 54-year-old man was struck in the abdomen, and a 23-year-old man was hit in the thigh, police said. Both were taken to Christ Medical Center in Oak Lawn, where the older man was pronounced dead and the younger was in critical condition.

A 34-year-old man was taken to the same hospital in fair condition with a gunshot wound to the buttocks, police said.

Earlier in the afternoon, a man was shot to death in West Elsdon on the Southwest Side.

The man, 34, was on the street about 3:34 p.m. in the 5400 block of South Keeler Avenue when someone in a vehicle fired shots, police said. He was struck in the back and taken to Christ Medical Center in Oak Lawn, where he was pronounced dead.

In non-fatal shootings, a teenage girl was wounded in Jeffery Manor on the South Side.

The 16-year-old was on the sidewalk about 3 p.m. on East 99th Street when someone approached her and shot her in the leg, police said. The teen was taken to the University of Chicago Medical Center in fair condition.

Just over an hour earlier, three men were shot in Austin on the West Side.

They were on the sidewalk about 1:55 p.m. in the 500 block of North Leamington Avenue when they heard shots and felt pain, police said. A 59-year-old man was struck in the leg and back, and taken to Mount Sinai Hospital in serious condition.

A 23-year-old was shot in the shoulder and the third, 57, was hit in the buttocks, police said. Both were taken to Stroger Hospital where the younger man was in serious condition and the older man was stabilized.

The day’s latest shooting grazed a 53-year-old man in Lawndale on the West Side.

He was standing on the sidewalk about 9:08 p.m. in the 2800 block of West Polk Street when he heard gunfire and felt pain, police said. The man was grazed in the head and taken to Mount Sinai Hospital in good condition.

Before that, two men were shot in West Garfield Park.

The men were outside about 8 p.m. in the 4000 block of West Wilcox Street when someone in a dark car opened fire, police said.

One man, 32, was shot in the cheek and taken to Stroger Hospital, while the other man, 19, was struck in the calf and took himself to Mt. Sinai Hospital, police said. Both were in good condition.

He was in a home about 12:45 p.m. in the 3900 block of West Lexington Street when he was involved in an argument with someone who pulled out a gun and fired shots, police said.

The 27-year-old struck in the back and taken to Mount Sinai Hospital in fair condition, police said.

On Monday, one person was killed and four more were wounded in citywide shootings.