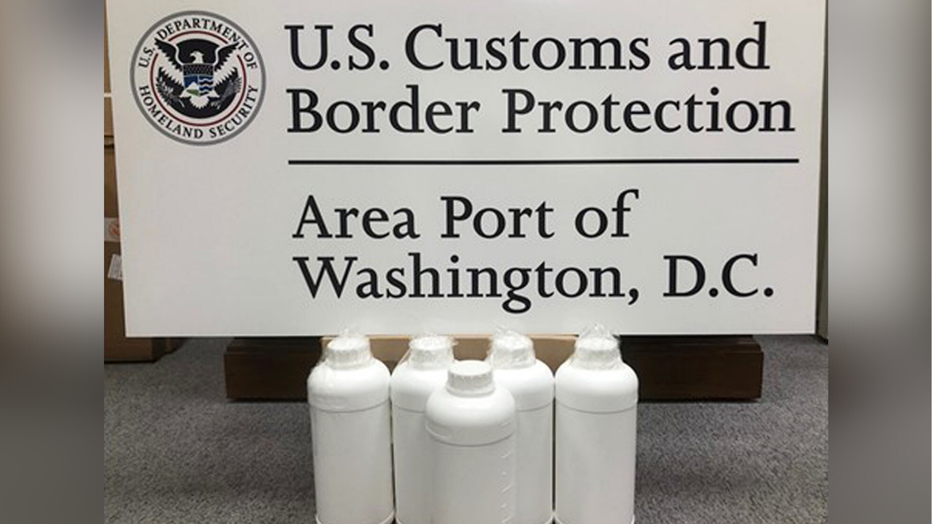 A package with five white, unlabeled, plastic bottles full of gamma-butyrolactone (GBL) were discovered during an inspection, according to officers.

They said the package, which weighed more than 13 pounds, was headed to an address in Los Angeles.

GBL is an odorless, colorless, central nervous system depressant that has addictive properties and potentially severe health consequences, according to the Drug Enforcement Administration. Sexual predators have used the substance as a date-rape drug.

Officers said an average of 3,707 pounds of dangerous drugs were seized every day across the United States last year.

According to customs, the drugs will be destroyed.