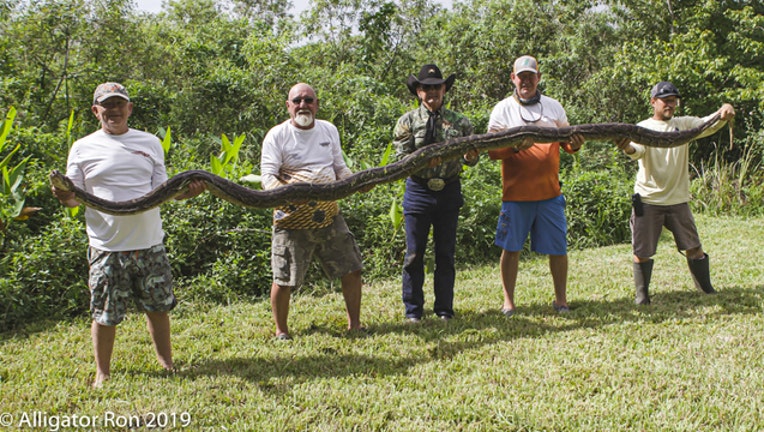 THE EVERGLADES, Fla. - A 16-foot reptile was caught in Broward County on Saturday morning, and it wasn’t an alligator.

According to WSVN, a 165-pound Burmese Python and approximately 50 hatched eggs were found beneath a home about four miles south of Alligator Alley.

Environmentalists say the species is responsible for killing deer, alligators and other important wildlife in the area. Their presence is causing lasting damage to the ecosystem.

"We got her out, we got the snake, we were able to destroy all the eggs, and that's about 50 less pythons out here in the beautiful Everglades," said "Alligator Ron" Bergeron, a conservationist who is working to help save the Everglades from invasive species. "This is an invasive snake and it's impacting all of our native wildlife," he said.

Burmese Pythons were originally discovered in the Everglades 20 years ago and have been spotted all around the area ever since.