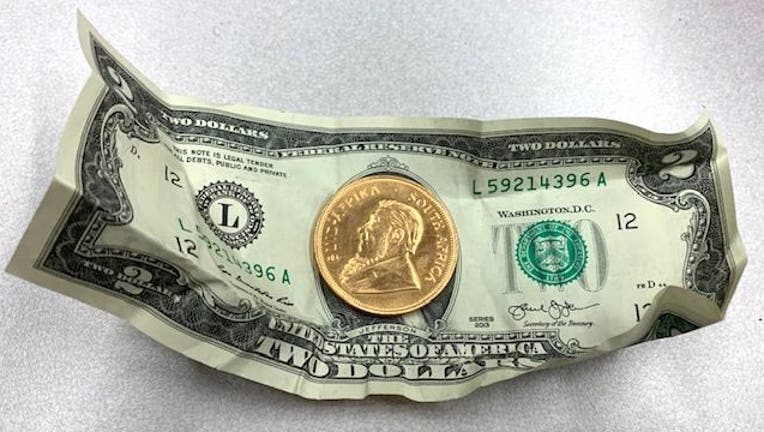 NAPERVILLE, Ill. - Someone dropped a $1,600 gold coin into a Salvation Army’s red kettle on Tuesday in west suburban Naperville, continuing a tradition that dates back years.

A 1-ounce 1978 South African Krugerrand wrapped in a $2 bill was placed in a kettle at Casey’s Foods, 124 W. Gartner Rd., the Salvation Army said in a release.

The tradition of anonymous gold coin donations dates back years in the Red Kettle campaign, which plays a critical fundraising role for the Salvation Army, according to the release.

“While we don’t know who the donor is, we do know the hope their gift provides,” Salvation Army corps officer Rich Forney said in the release.

The funds are used for more than 50 social service programs in the Chicago area, including shelters, food pantries, after-school programs and substance use treatment.

The first gold coin of the season collected in the Chicago area was donated Nov. 8 at a Hobby Lobby in Crystal Lake.

On Nov. 29, a thief stole a Salvation Army kettle from its post on the Magnificent Mile, making of with $350 in donations.