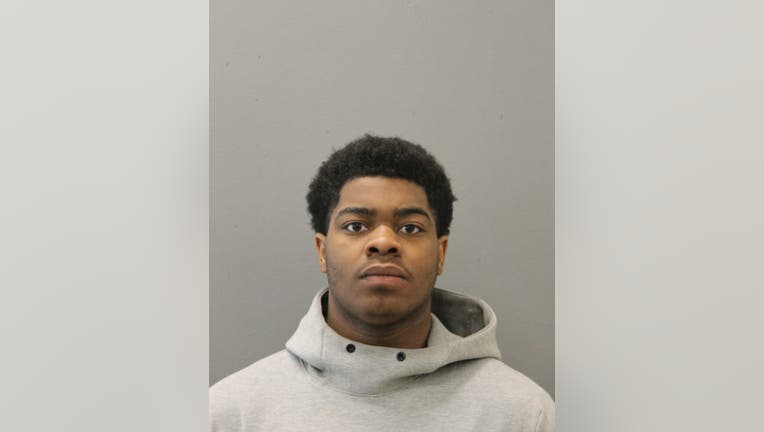 CHICAGO - An 18-year-old man is facing multiple felony and misdemeanor charges following a carjacking and attempted robbery this week.

Police said Monte Handley, 18, of Chicago, was arrested Tuesday morning in Grand Crossing, after he was identified as the person who took a car by force from a 26-year-old woman in the 5000 block of W. Kolin.

DOWNLOAD THE FOX 32 APP FOR THE LATEST BREAKING NEWS

Handley was also identified in connection to an attempted robbery that happened Tuesday morning at a Brainerd business, police said. He was observed inside the victim’s vehicle and attempted to flee from officers before he was placed into custody and subsequently charged, police said.

He is facing four felony count charges, including attempted robbery and aggravated discharge of a firearm. Handley is also facing five misdemeanor charges, such as unlawful damage to a highway, and resisting a peace officer.

Handley is due in Central Bond Court Wednesday.