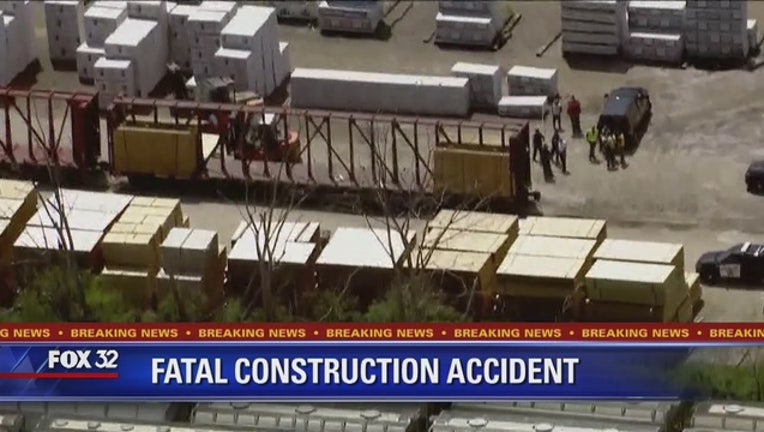 AURORA, Ill. (Sun-Times Media Wire) - A man was fatally crushed under the stack of wood he was unloading Thursday morning at train yard in west suburban Aurora, according to police.

The Aurora police and fire departments were called about 9:30 a.m. to an industrial accident with critical injuries in the 600 block of McClure Road, Aurora police said in a statement.

Authorities used rescue equipment to lift large wood panels off the 19-year-old man, but he was already dead, according to police.

Investigators learned the man had been removing the wood panels from a railcar when they fell on him, police said. The panels are used in construction to support cranes or large equipment on uneven ground.

It was unclear how the man got caught under them, Aurora police spokesman Paris Lewbel said. There were two forklifts nearby, and he may have been trying to transfer the panels from the train car to the forklift when he was crushed, Lewbel said.

Police said they believe this was a "tragic" accident.

BNSF will lead a death investigation because the incident happened on BNSF tracks leased to a 3rd party, Partners Warehouse, the company where the man worked, a Metra spokesman said.

The Occupational Health and Safety Administration responded to the scene, a spokesperson for OSHA said. The Kane County coroner's office has not released details about the death.