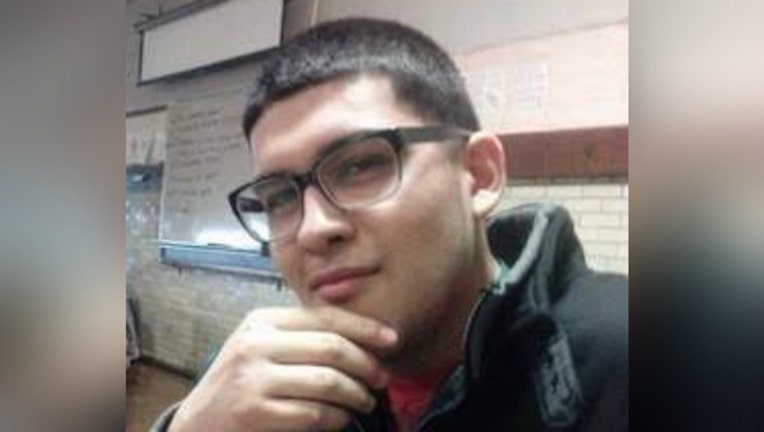 CHICAGO (SUN TIMES MEDIA WIRE) - Cook County Crime Stoppers is offering a $1,000 cash reward for information on the Christmas Day fatal shooting of an 18-year-old man in the Southwest Side Gage Park neighborhood.

Ortega, who lived in the Ashburn neighborhood, was taken to Mount Sinai Hospital, where he was pronounced dead at 2:16 a.m., authorities said.

Ortega worked part-time at a pizza parlor to help his mother pay their bills, and was scheduled to graduate from high school in June 2017, according to Crime Stoppers. He was planning to join the Marines after graduation.

“While families were opening up their gifts on Christmas Day, our Chrismas joy was taken away by the death of my brother,” Gerardo Ortega, Fabian’s older brother, said in a statement.

Crime Stoppers will distribute flyers Saturday morning at the scene of the crime. Anyone with information can call the Crime Stoppers hotline at (800) 535-7867. Callers can remain anonymous.