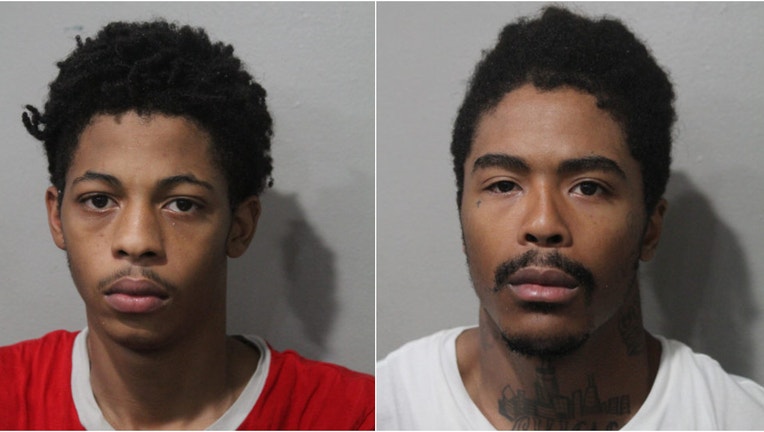 HARVEY, Ill. - Two men were charged Tuesday after shots were fired at an off-duty Harvey police officer over the weekend.

Police responded to a call of shots fired about 6 p.m. Saturday near the intersection of 154th and Wood streets.

Upon arriving, police found two damaged cars near the intersection, a white Ford Escape and a gray 2016 Ford Fusion.

Police talked to the off-duty officer who said he was en route to work when occupants in the Fusion were driving erratically and fired shots at him while in traffic.

The officer returned fire and the Fusion ran through a red light traveling westbound on 154th Street, striking the Escape which was passing northbound through the intersection on Wood Street, police said.

Johnathan Andrews Jr., 25, was charged with aggravated discharge of a firearm, unlawful possession of a firearm by a felon and parole violation.

Jonheym J. Andrews, 19, was charged with aggravated unlawful use of a weapon.

Several bulletholes were in the windshield belonging to the off-duty police officer, police said.

The officer was uninjured but taken to the hospital where he was released in good condition, police said.