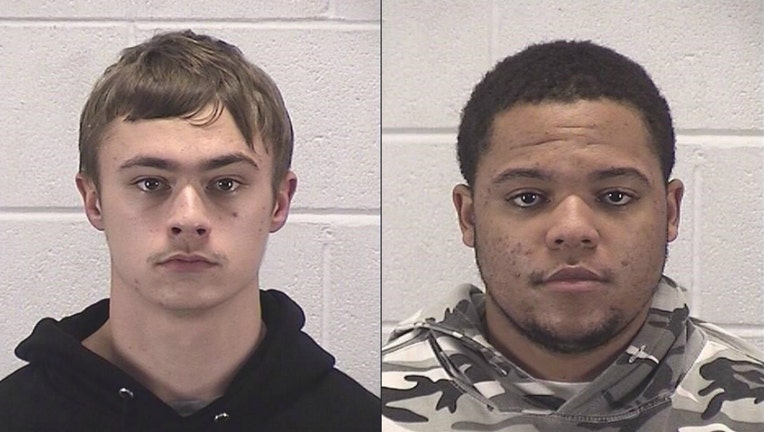 Richard Gaston, 18, of Melrose Park and 19-year-old Dontae Parker, of Chicago, are each also charged with felony armed robbery and aggravated battery with a firearm in the Oct. 3 incident, Aurora police said.

The duo allegedly traveled from Melrose Park that day to the 1400 block of Farington Lane in Aurora to sell drugs to a 28-year-old man, police said.

During the meeting about 5:48 p.m., Gaston and Parker allegedly robbed the man and shot him multiple times before fleeing, police said. The man was found lying on the side of the road by responding officers.

Authorities tracked Parker and Gaston to Appleton, Wisconsin, where they were arrested without incident Oct. 14, police said.