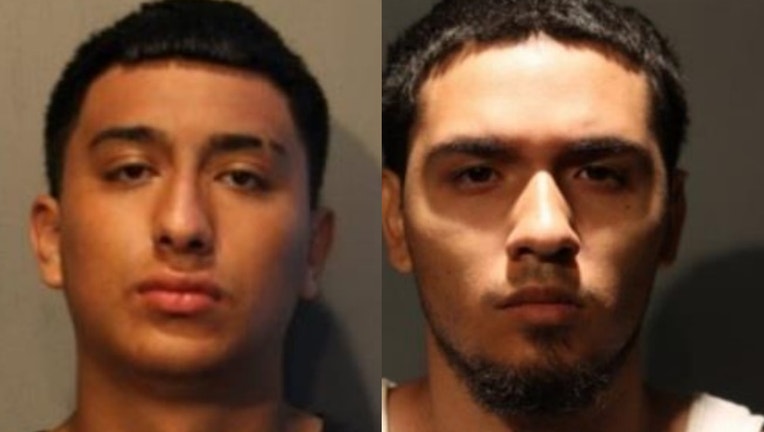 CHICAGO - Two men are charged in connection with a carjacking Sunday in Scottsdale on the Southwest Side.

Carlos Carlin, 18, and 20-year-old Joshua Saldana allegedly took a vehicle by force from a 28-year-old man in the 8100 block of South Pulaski Road, Chicago police said.

Both men were taken into custody Sunday in the 1100 block of North Lake Shore Drive, police said.

They were expected to appear in court Tuesday.