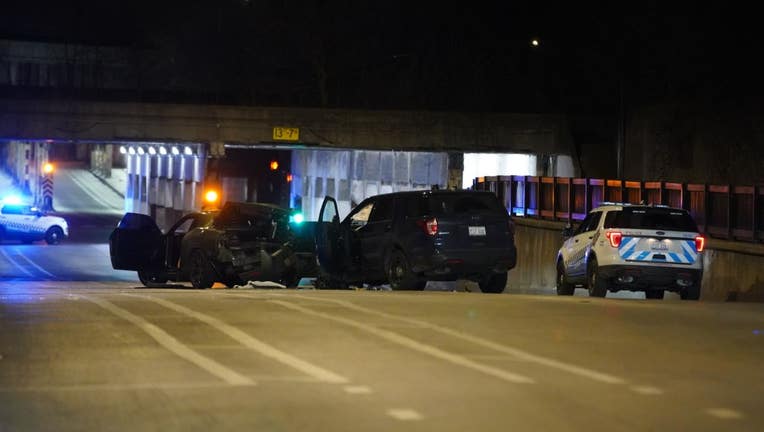 Several people, including two Chicago police officers, were injured in a crash Feb. 20, 2020, in the 1200 block of East 75th Street. | Sam Kelly/Sun-Times

CHICAGO - Five people, including two police officers, were injured in a crash Thursday in Grand Crossing on the South Side.

Two officers were taken to a hospital in fair condition, police said.

The 24-year-old man driving the Challenger was taken to Northwestern Memorial Hospital in serious condition, police said. Two passengers, a 23-year-old woman and a 24-year-old man, were taken to Christ Medical Center in Oak Lawn in fair condition.