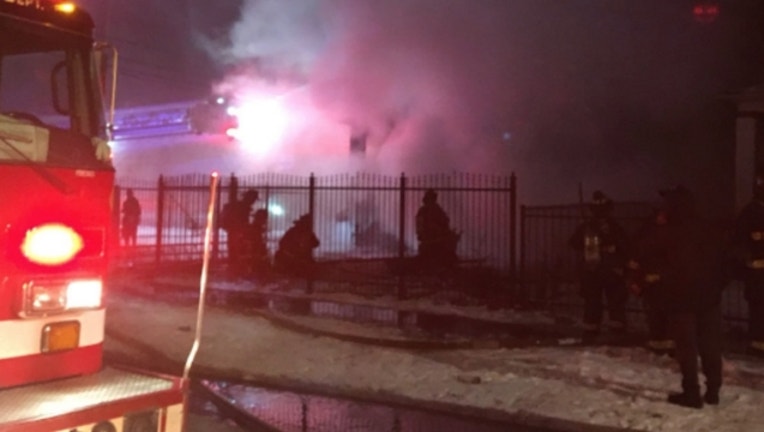 Firefighters work to put out a blaze at a home Wednesday night at 18 N. Mason. | Fire Media Affairs

CHICAGO (SUN TIMES MEDIA WIRE) - Two people were left without a home Wednesday night after a fire in the Austin neighborhood.

Firefighters responded shortly after 10 p.m. to the 2 1/2-story house at 18 N. Mason, according to Fire Media Affairs.

The house was engulfed in flames when emergency crews arrived, but no injuries have been reported, the fire department said.

Two adults were displaced by the blaze, which was put out by midnight.