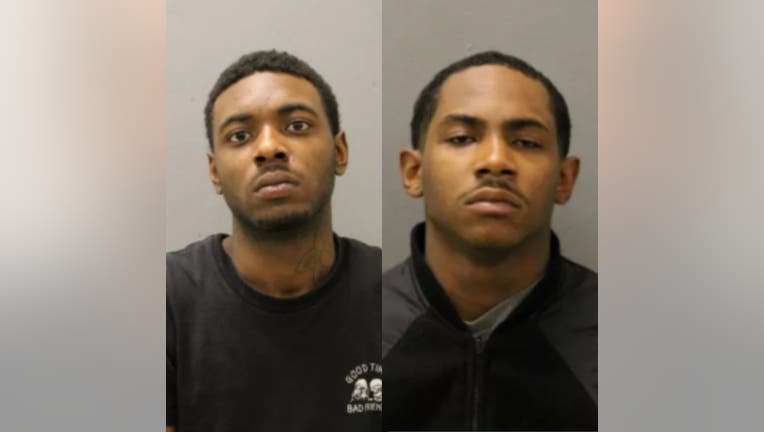 Before the robbery, the pair responded to a post on Facebook that the trio was selling a drug cocktail called “lean,” prosecutors said.

After the pair met them in the 8400 block of South Cregier Avenue and bought the drugs, the pair allegedly took out guns and demanded money, prosecutors said.

When the people in the car said they had no money, Jordan fired a shot into the car, striking a 30-year-old in the leg, prosecutors said.

The 30-year-old, a concealed carry-holder, pulled out his own gun fired back and wounded both gunmen, prosecutors said.

Sean Wilson, 21, who in the back seat of the car, was struck in the neck and later pronounced dead.

The other man in the car was taken to the University of Chicago Medical Center for treatment of a gunshot wound to the thigh, police said.

A judge ordered Malone and Jordan held without bail on charges of murder, attempted murder and armed robbery.

They are expected in court again Sept. 28.