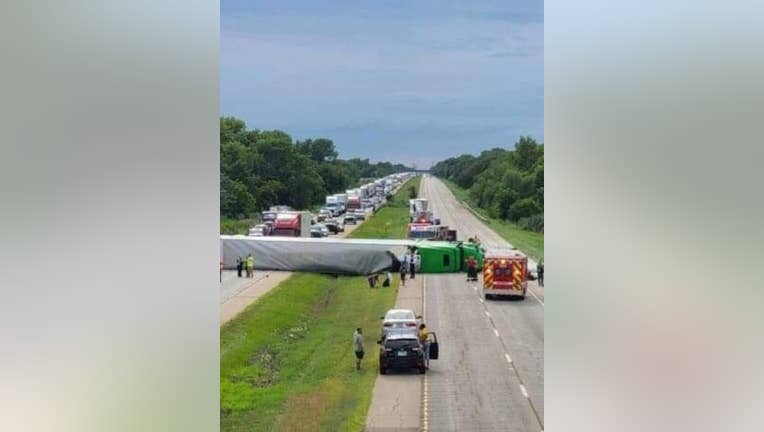 CRASH ON I-80 | CREDIT: Robert Hernandez

MORRIS, Ill. - Two people were killed in a five-vehicle crash on Interstate 80 in Morris Friday afternoon.

A 2003 red Volvo truck tractor semi-trailer and another 2022 white Freightliner truck track semi-trailer were traveling eastbound on I-80 near milepost 109. 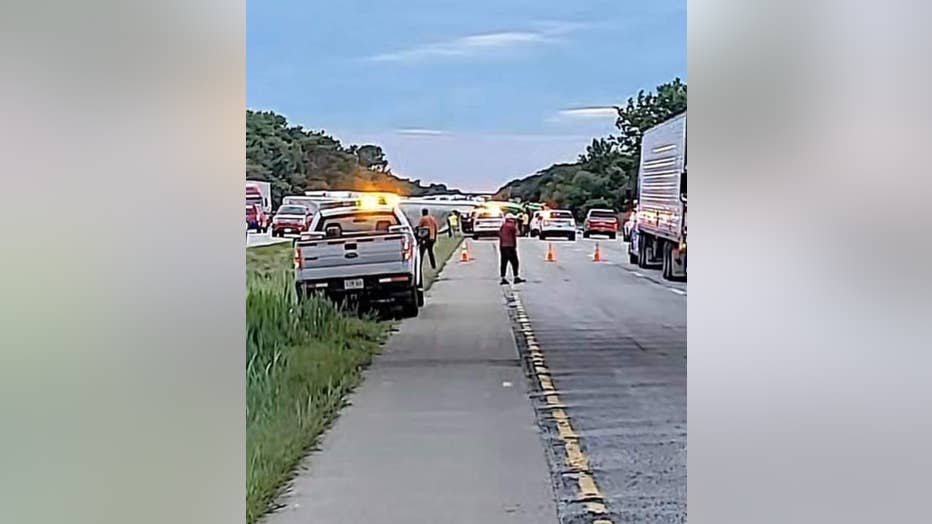 The driver of the black Toyota Corolla struck the back of the 2019 white Freightliner in the left lane, which caused the Corolla to travel through the center median into the eastbound lanes and strike the 2022 White Freightliner, ISP said.

The Red Volvo semi-trailer was hit by debris from the crash, police said.

The driver and passenger in the Corolla were killed in the crash.

Interstate 80 was closed in both directions until about 5 a.m. Saturday.