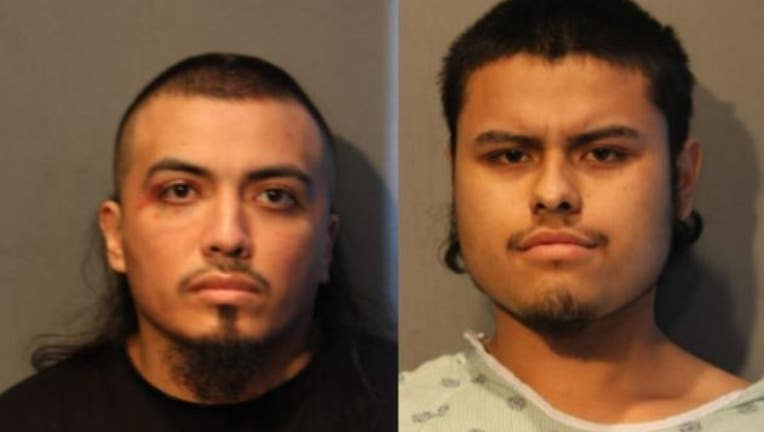 CHICAGO - Two men and two juveniles have been arrested in connection to fatal shooting that occurred Monday in the Back of the Yards neighborhood.

Isaac Corona, 25, is charged with one felony count of first-degree murder.

According to police, the four offenders were in a stolen vehicle when shots were fired at a 21-year-old man in the 5100 block of South Elizabeth Street Monday.

Corona and the two juvenile offenders were apprehended after the stolen vehicle crashed minutes later.

Gonzalez stole another vehicle, and two officers were injured when they attempted to take him into custody.

He was eventually arrested.

No other information was made available.