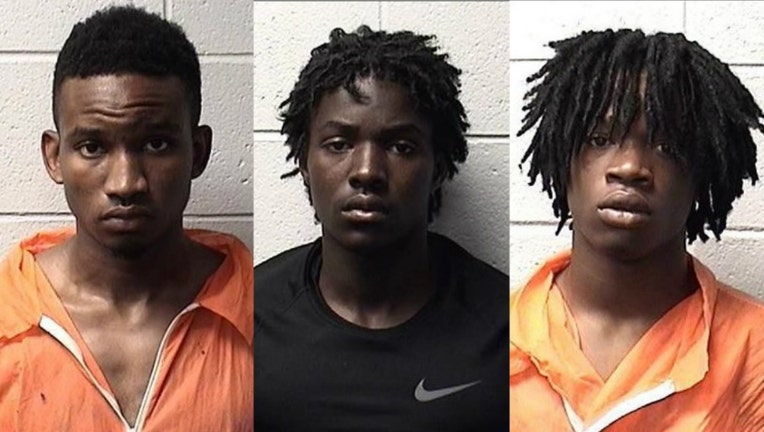 KANE COUNTY - Three people, including two teenage boys, are facing murder charges in connection with the fatal shooting of a man Monday in Carpentersville, Illinois.

Joel Leitner, 22, Phillip Walker and Devon Coleman, both 17, are each charged with three counts of first-degree murder and one count of attempted armed robbery, the Kane County state’s attorney’s office said in a statement.

The teens are being prosecuted as adults, the state’s attorney’s office said.

The trio was in vehicle about 9 p.m. at 9 Oxford Drive when Jordan Durr, 27, walked up to the vehicle and someone inside opened fire, striking him in the chest, prosecutors said. Durr ran before collapsing near a dumpster, and the trio stepped out of the car and went through his clothes.

Walker, of Carpentersville, Coleman, of East Dundee, and Leitner, of Tennessee, were taken into custody a short time later, prosecutors said. Durr later died at a hospital.